IT HELPS TO KNOW
I’m not the ‘crazy’ on

SITE: Scapegoating in Families-What We Need to Know

QUOTE: “Most of the time, victims sense that their attacker is a threat, but ignore this inner knowing.” from The Gift of Fear ~ Gavin De Becker, Criminologist

Just las in Double Binds, scapegoating can be called “enemy behavior against an innocent & helpless victim”, because the real source of the abuser’s frustration is
• at themselves, but denying S-H
• at someone else who’s not available to be attacked

• someone in their life who’s unsafe to confront

Their frustration is projected on to others (Thoughts) & then acted out (Behavior), usually a person or group without supporters or otherwise can’t protect themselves.  Even if others observe the abuse, they rarely want to get involved, so the victim stays unprotected & alone.

HABITUAL scapegoaters are irritatingly smug, managing to convince themselves that the way they’re treating the Sc is somehow justified. But behind the facade, they’re actually miserable, extremely dissatisfied with themselves & life in general. It’s expressed as hostility – at the least punitive, at the worst sadistic.

Just like double-binders, they raise themselves up by lowering another person, getting narcissistic satisfaction from being controlling, & some from torturing the Sc. Scapegoating is their self-righteous discharge of aggression, which momentarily frees them from a little of their own S-H & inner powerlessness 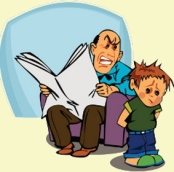 , children, the weather, the ‘system’….)
They’re master fantasists – no one is better than an N for looking directly at another person & only seeing who they want/need that person to be

EXP: When a N parent considers their child, they see many things: a source of narcissistic supply, an ally or obstacle to their lust for personal power, a string of intolerable annoyances, the inconvenience of the child’s emotions & needs, unwanted personal limitations, someone to rescue & take care of them or to take their frustrations out on…. BUT never the actual child.

Scapegoaters’ main characteristics are cowardice, dishonesty, egotism, immaturity, pride, self-righteousness & weak character, with Borderline, Narcissistic or Histrionic Personality Disorders.
They live through a manufactured looking-good public image they desperately need. ANY truth-telling child or other adult who challenges it risks destroying everything, so they have to be stopped at all costs!

• Scapegoaters are not in touch with most of their emotions, rarely knowing how full of hate they really are. They just feel dissatisfied & frustrated, while ‘blissfully’ unaware of the original source of their hurt & resulting rage 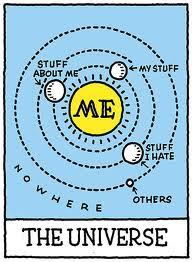 • Since self-deception is a major trait, the Perpetrator’s (P) drive to displace & transfer responsibility away from themselves may not be totally conscious, which makes it easy to cut off any guilt or shame, & deny what they’re doing.
But even if they do become aware of the actual cause of their unhappiness, they can’t or won’t direct their anger where it truly belongs – usually their original family

• To deal with their deep anxiety, scapegoaters will rationalize that this specific victim \ group is somehow responsible for their frustration.
A perfect candidate can be anyone who reminds them of the person who originally injured them (parents or parent-figures). They look for someone who’s not socially confident, is emotionally over-reactive, anxious & self-hating – which makes them an easy target

• Often the main scapegoater (parent, spouse, teacher….) has a good social standing in their community, & some power. Naturally they don’t want to lose either one – at any price. If the Perpetrator consciously knows the victim is innocent, they may increase the attacks, to keep their house-of-cards standing, & keep the upper hand
• Assistant scapegoaters will also add to the fire, to stay in the P’s good graces, & to never admit they’ve been gullible – being manipulated into blaming the innocent

• In milder cases, occasional scapegoaters can be anyone temporarily angry & dissatisfied, who uses this tactic as a relief valve. If they’re not too damaged they will experience some shame & guilt afterwards, & pull back.

NEXT: ACoAs being Scapegoated (Part 6)