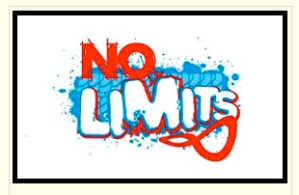 BOUNDARY INVASION  (cont)
3. Family System SYMBIOSIS
a. Insecure parents:
• push for an ‘us against the world’ attitude hoping to increase family solidarity, powered by an unbearable threat to their sense of Self
• can be over-protective. On the surface it looks like love, but is only trying to keep us attached by dis-empowering us. The real message is that we’re incompetent, weak & should be afraid of everything

• may attribute the wrong motive to outsider’s unpleasant/ abusive treatment of us, no matter what we actually did (friendly or withdrawn….), to make the family look better, saying things like: “Those kids are just jealous of you because you’re so much better than everyone else in the class” , “The boss doesn’t like me because I’m smarter than her”….

b. Distortions :  These & other CDs cause many problems for children:

• prevents them from – becoming fully socialize, taking normal risks & learning about the many options available in the world
• gives them a distorted view of how the world functions, making it hard for them to take responsibility for their motives & action
• severely increases their inappropriate social behavior, making it easy to become a target for bullying, insuring their isolation from peers, & staying dependent on the family

Familiar phrases: Blood is thicker than water ~ We’ve got to stick together ~  Never air our dirty laundry in public  ~  We’re better than everyone ~  No one else will love you like we do  ~ You’ll never make it on your own ~~ Which reminds us of a childhood taunt:  “You have a face only a mother could love, & she died”!

c. Family Insularity is built on fear-based rules that inevitably lead to constriction, intolerance & hopelessness about collaborate well with others.  Ironically it also creates isolation, scapegoating, splits & alliances inside the family, which then get repeated in adulthood.
EXP: Being in a toxic Role, (Scapegoat. Lost Child….), had “negative benefits.” in the dysfunctional family mobile – feeling useful by ‘protecting’ a parent from the consequences of their addictions & emotional problems.
Then we look for the same kind of payoff when playing out our Role in the larger world (protect a spouse, boss….), but it rarely works & only reinforces our sense of failure

4. Parental NARCISSISM (N)
This has been covered in many other posts. As it relates to B. invasion:
• Ns require that everyone be their carbon copy, with no room for children to develop their own individuality
• children need

mirroring (reflecting back who the other person is, without adding anything of oneself), & Ns can’t do that since they’re only projecting themselves, not who the child is

Narcissists don’t recognize there are such things as Bs, that others are separate & not extensions of themselves. People either exist to meet their needs or may as well not exist at all. Anyone who provides narcissistic supply will be treated as if they’re part of the controller, who demands the victim live up to their expectations (think: spider & fly).
• Some N. phrases:
“What’s yours is mine & what’s mine is nobody’s business”
“Do as I say not as I do”, “Put a sweater on, I’m cold”
“No son of mine is ever going to…..”
“This is the thanks I get – after all I’ve done for you”
“Do that in the morning when you’re fresh” said by a mother always raring to go at 6 am, to her child who was born a dyed-in-the-wool night person!
Watch:  ‘Angry-martyr Narcissist” on YouTube

NOTE: If you have firm boundaries in the face of a narcissist, the relationship won’t last! Good!

• Role Ambiguity – Parental N. spawns much identity confusion  – since only their needs count, the children take on a parent role – “I am them”, & many a parent acts like a needy kid – “They are me”.  Family members aren’t sure who’s in or out of the clan, who’s performing what tasks or legitimate roles : Dad acts like a ‘girl’ , Sis is the ‘mom’, little Brother is the family shrink…..

Al-Anon IMAGE: A co-dependent decides to kill himself by jumping off the roof of a tall building.  As he’s falling, someone else’s life flashes before his eyes!