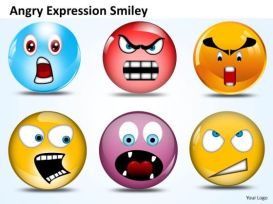 ANGER CAN BE EXPRESSED
in many different ways!

QUOTE: Anger is the feeling that makes your mouth work faster than your mind. ~ Evan Esar

1. ACoAs are terrified of anger (even the angry ones!)
a. of our own, afraid if we let it out we might kill someone (since we really want to).
We can’t escape taking on their anger, as well as what we built up in response to being neglected & abused. So our emotion POT is stuffed to the gills, making us so terrified of our anger – lest it spill out & attack or kill someone! So we do our best to bury it & then sprinkle with the pretty flowers of fake niceness. Even so… it leaks out!

b. of others’ anger, because the WIC assumes they/ it will kill us.
Many of us grew up with one or more raging adults (especially when drunk), as well as siblings or other family members. We may also have been stuck with other adults who were too weak & fearful to protect us against those ragers. And there was noone to sooth us when hurt & terrified, or explain that none of it was our fault.
So we never learned how to comfort ourselves.

We were also never shown / taught how to handle our anger – neither how to think about upsetting situations nor how to behave successfully. We were left alone with our pain, and punished for any display of our reactive anger.

We may have chosen to copy the long-suffering parent, forever living in fear of everyone’s disapproval & anger.  But ACoAs still in their victim role are just as intensely angry as the volcanic types.

While anger may be pushed out of our awareness, it still shows up as :
◆ staying with others who are always subtly displeased (emotional manipulative), or blatantly attack us, & blow up too easily (see Emotional  Abuse )
AND :
◆ relentless S-H & deprivation in all PMES areas, from our original abandonment, then fueled by helpless, hopeless rage aimed in the wrong direction – at ourselves

And if we were designated the Hero ACoA / ‘Good One’ / Golden Child – in the family, then we were definitely not allowed to be angry.
Added to that, many of us received religious injunctions against such an ‘evil’ emotion!

It’s not surprising then – that we have trouble even knowing we’re angry, or that we should be angry when mistreated (T), much less actually feeling it (E). Instead it gets ‘intellectualized’ into resentments – several steps removed from the actual bodily experience of the anger itself!

2. ACoAs – are SO angry
• Some of us grew into overt ragers ourselves, copying the dangerous adult
• We may be still walking around in a fairly constant slow burn
• Some know that we are, with varying degrees of acceptance about it, or
• are genuinely calm & peaceful much of the time with only occasional flare-ups – from doing a great deal of FoO & rage work

BUT, many say we’re just not angry, or have gotten past it all, that we’ve forgiven them & moved on.
OK, THEN check how accurate you are, by answering :
Qs: How do you talk to yourself, internally? How good is your practical self-care?

❖ Are you consistently comforting, kind, loving, patient, self-respecting, validating ….. toward yourself?
OR is the PP inner voice harsh, impatient & perfectionistic, while you ignore the WIC completely?

❖ Do you take as good care of yourself, each day, as you do other people & pets in your life?
OR are you only focused on others, co-dependent & people-pleasing?

❖ Do you stand up for your rights & ask for what you need – from your Adult ego state?
OR do you over-react when something doesn’t go right 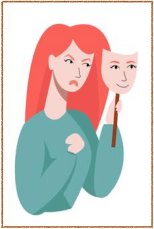 OR passive-aggressively wait for someone else to figure out what you need?

❖ Do you feel comfortable in business & other social settings, because you are calm & confident?
OR do you isolate & assume everyone is going to judge you? (projecting your anger out on to others)

❥ If you are more like the second half of these questions, then you’re still very angry – but suppressed – sitting on a volcano & taking it out on yourself & others (depressed, passive-aggressive ?), while pretending you’re not in a rage at all.