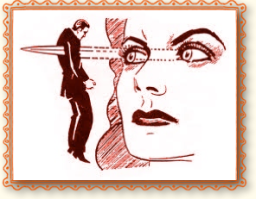 b. ANGRY reactions to painful events

💥 Attack / Revenge (sue, fight, yell…)
This is the most obvious & direct. The need  to be violent – verbally, physically or legally – is used by some ACoAs as a way of venting old pain on the world – anyone except facing the original perpetrators, if possible.
OR we may have tried every other avenue to resolve a problem, but to no avail. Then the only recourse left is to go after our tormentor directly, never considering “letting go”.

⚒ The dysfunctional ‘acting out’ of our rage is WIC’s response to decades of abuse & abandonment.  We’re not crazy, only traumatized

⚒ Continuing to be angry in the present is still wanting the impossible – to be loved & accepted by people who can not & will never be able to provide them!

✶ Remember: When we still over-react to a particular event – it does not mean all our recovery is invalidated. Nip any S-H in the bud! “Progress, NOT Perfection”

💥 Gossip Maliciously – almost any group of people in regular, long-term contact is prone to gossiping. Mostly it’s a common but unhealthy way to pass the time & connect with peers.
However, when ACoAs are in a rage at someone (X), we want 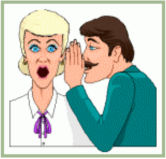 to do harm, to make them look bad, in the same way we feel harmed. Then we :
• act like a victim, martyr, the ‘white hat’
• tell secrets we know about (X)
• make up false info to damage (X)‘s rep
• seduce others away from (X) – by shifting people’s allegiance to ourself

💥Make Fun Of – making jokes at someone’s expense ….  While gossip & teasing is indirect, this is a more obvious way to show anger at (Y). Sometimes we believe our meanness has been earned by (Y), at other times it’s just displacing our rage at someone else like a boss, parent or mate

EXPs: Jimmy is a popular techie at a big company, who likes to ‘stir the pot’, & gets away with a lot of bad behavior using charm & gossip.  He’s taken a special dislike to an older woman, who undeservedly reminds him of his alcoholic, controlling mother. He has a key chain ornament of a cow that mo-o-os when squeezed.  For months, every time he passes the woman, he squeezes the cow & smiles impishly.  To please him, all of his coworkers are also amused.  When reprimanded, he finally stops.

💥Sulk – ‘staring daggers’ , ‘if looks could kill’ ….↖️
While this too is about not talking (being mute), it is by no means passive.  Others can feel the rage emanating from us & generally stay

away!
In this case, not saying anything may be that:
• it’s not appropriate right then (in public, at work…)
• we’re so unprepared for a nasty comment or shocked by a scary event, that we can’t find the words at that moment
• we’re afraid of our own intensity – that we’ll do some long-term damage, either physical or emotional, if we let fly
OR • we’re afraid of being punished if we speak up, & we could be

EXP: Zina worked for an active alcoholic who constantly pushed her buttons.  She didn’t know how to stand up for herself, felt she owed him for helping her out at the beginning, & didn’t want to lose her job. So she just fumed!
One day she overheard her boss telling someone: “That Zina has the loudest silences”! She was shocked because she hadn’t realized her (unexpressed) anger was radiating such intensity. It also made her see she needed to change jobs, which she eventually was able to do

💥Tease – always an indirect form of anger & is always abusive. It’s a way to ‘get back at’ someone by using a personal trait against them – their name, size, religion ethnicity, way of talking….. such as ‘hazing’ a new student or employee. It’s a form of adult scapegoating, & leaves permanent emotional scars if continually repeated.
But since teasing is couched in humor, it’s generally considered ‘good fun’, harmless & socially acceptable, therefore allowed & encouraged by others.
But teasing is toxic!

NEXT: ‘Responding Positively to Events’ 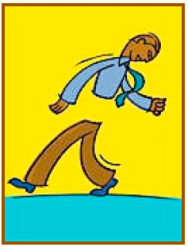 IT TOO HARD TO BE IN THE WORLD –
Should I hide or attack?

3. ACTIONS re. painful Events (blue oval)
It’s inevitable that we’ll take some type of ‘action’ in response to a stressful EVENT.  What kind will depend on our native personality & the specific CONCLUSIONS we draw about it.

• ACoAs are not readily aware of our thoughts (beliefs) or emotion. So, when triggered, we just re-act. It can happen so fast that it seems we have no control of our behavior, which may be verbal &/or physical, driven either by terror or rage.

• It’s normal for humans to be angry when hurt, frustrated or scared. Anger is simply the psychic energy needed to prepare for action, & is a fitting response to harmful situations.
Anger & Fear are on opposite sides of Plutchik’s  Emotion Wheel. To heal, fearful ACoAs need to connect with their anger, &  those steeped in rage need to get in touch with the fear & sadness underneath.  The key is Balance.
🥶
FEAR-driven Actions / non-actions
• COVERT: ACoAs trained to not be angry are afraid to feel it now –  crippled by that suppression! Without healthy anger we’re depressed, feel stuck, AND can’t stop others from mistreating us

+ CONCLUSIONS (thoughts) – When he’s in a good space, Shakeera thinks he’s the best, ever!  When he’s very down, her co-dependence kicks in :
“I have to fix this mess / I know how to help him – I’ll tell him all the ways he can get his life together / He just has to be ok, I can’t stand this / I feel humiliated being with such a looser”….

= ACTIONS: Shakeera alternately bullies him to ‘get it together’, gives him endless advice, tells him what he did wrong OR listens for hours to his self-hate & joins him in a depressed stupor
• He doesn’t change & she gets more frustrated. None of her actions help either of them!  Her FoA (FEAR of abandonment) keeps her trying to cure him – so she doesn’t have to leave!
😡
ANGER-driven Actions
Our behavior can tell us which ego state is in charge at the moment & how healed or unhealed a particular button is.  How we act out our rage may be —
— the same way our parents reacted to stress, or
— how we were allowed to behave as kids, or
— how we’d have liked to react, back then, but knew it was too 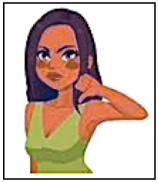 dangerous to do so

• OVERT: some ACoAs react with hostility too readily, when the WIC feels abandoned. We get nasty & more controlling, or unfairly cut someone off. This can hurts us just as much as the other person, since rage pushes others away & we’re already feeling unwanted & unloved!

▶ BUT, don’t let the self-help gurus tell you not to FEEL angry!  ACoAs have a lot of it pent-up from childhood abuse (plus bad adult experiences) which needs to be gotten out of our system – appropriately. What’s important to our Recovery is how we ACT.

💥 Anger EXP : Unhealed use of the 3 Circles
EVENT: Sal hates being bothered by people in public places. One night he gets on an almost empty bus, on his way home from work. A smelly bag-lady gets on at the next stop, looks around & sits down right next to Sal!
His Emotions: revulsion, anger, frustration, superiority

+ CONCLUSIONS (thoughts) – “Why does this always have to happen to me?! There are 20 other seats she could have picked! Why ME?? Why do I attract the crazies? Me, only me!” (CDs: ‘Personalization, Egocentric & Can’t Stand It’)

= ACTIONS: Sal starts yelling at the woman & gets off the bus at the next stop. He keeps talking about the incident, repeating it over & over the next day to everyone he can corner
• He’s taken this personally, feeling like a victim, trying to get validation & sympathy. The woman could have either been lonely &/or wanted to bum some change.  It was never about him!