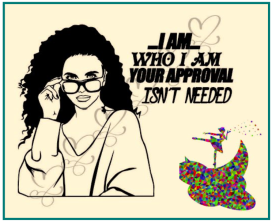 1. Q: What do most people think ‘Being IN control’ is about?
A:  That it’s ONLY about taking actions instead of freezing up or being indecisive. This comes partly from our culture, which constantly tells us to “Just do it”, & partly from the alcoholic / narcissistic family that only focused on DOING, rather than Being or Feeling!

It’s about “keeping it together, not letting ’em see you sweat, being cool, not needing anyone or always the center of attention….”.  This attitude is seen as a virtue, but is actually over-controlling oneself –

from the WIC, or being controlling – from the PP, both fueled by deep & pervasive old terror.

2. Q: What identifies as “Being OUT of control”?
A: Most people will say it’s ‘loosing it’ – by expressing some intense emotion, like yelling (rage, frustration) or crying (pain, sadness)

By itself this is not loss of control. It depends – are you OK no matter where you are & how other people react? Have you chosen an appropriate place to let loose? such as Outdoors vs a small public place indoors, at a Meeting vs dumping on a child or mate?…..

a. Out-of-control Doing – words & actions that you can’t seem to stop, no matter how harmful – such as willfully trying to befriend someone in a group who is obviously ignoring you &/or clearly angry & volatile!

EXP: ⚰︎ being a know-it-all, smarter that everyone, showing off
⚰︎ being rebellious, still doing the opposite of what the adults demanded
✏︎ constant drunkenness, domestic violence, self-cutting, repeatedly getting fired OR not working at all

⏬ HOWEVER : Not being able to act is just as much a lack of control as compulsive behavior. Negative actions and non-actions are both driven by the WIC’s anxiety which we’re not aware of or not in charge of modifying.

b. Out-of-control Not Doing – Unable to act in our own best interest
EXP : ⚰︎ hiding out, isolating, staying invisible, withdrawing

Scenario:  Staying, staying, staying, stuck in your chair – at a party where your alcoholic boyfriend is deliberately ignoring you while flirting with his ex! – you can’t bear to leave him behind with someone else.
Everyone sees what’s going on – making a fool of yourself by not leaving, but you’re paralyzed. While you can’t ignore one more indignity from him, the pain of betrayal & loss has triggered abandonment shock!

HEALTHY ‘Being in CONTROL’
It’s true that children in healthier families also have limited control over their lives growing up, but sadly, ACoAs had almost none.
So – the KEY to healthy control (ta-da) is you HAVING a CHOICE!
IT
• allows us to know what our needs are, permission to get them met, AND find ways to meet as many needs as possible, under the realistic circumstances of our specific personality & current life
• comes from our True Self, which includes the ‘UNIT’ , allowing us to

be comfortable in our skin. It’s NEVER about being perfect!
IT
• requires that our childhood rage-level diminishes 3enough so we don’t need to take our hurt & desire for revenge out on others
• requires a lowered level of anxiety, having gotten a lot of our sorrow & rage out safely
IT’S
📍 about knowing when to do or say something & when not to, as in “Know when to hold ‘em, know when to fold ‘em”
📍 being in charge of our emotions, as well as when, where & how we express them
📍 built on having good boundaries, both in how we treat others & how we ‘let’ others treat us
📍 taking responsibility for our life choices, without self-hate, picking the things that suit us from available options
• Sometimes it’s taking a risk to act on your own behalf, for someone you love, or for the greater good. This is not impulsive / compulsive
AND
• Sometimes it’s holding back, waiting, being patient, listening, taking time to process & plan. This is not passivity or waiting to be rescued.
Either way – it’s always about having a choice. It is wisdom. It is self-esteem. It is S & I.