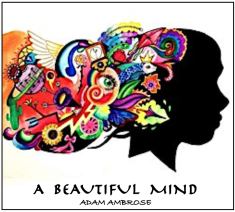 SITE: HAPPINESS IS SIMPLE: Why too many choices make life miserable & ways to improve your life!

QUOTE: “A tongue has no bones but is strong enough to break a heart. Be careful with your words.”~ Anon

a. External: Outcomes are outside of our control, determined by ‘fate’ & independent of our hard work or decisions (belief of most ACoAs). Such people tend to be more stressed and prone to clinical depression
FoO sources: most often have a lower socioeconomic status because social unrest increases the expectancy of being out-of-control, come from large single parent families headed by women, &/or if parents are themselves ‘externals’

b. Internal: Outcomes are within our control, determined by our attributes, decisions & hard work.  Overall, these people are happier & more successful.  They come from families who emphasize effort, education, responsibility and thinking, where parents are warm, supportive, encouraging, give their children the rewards they promised & are consistent in self-discipline. (Quiz at MindTools )

• Western culture is so focused on DO-ing, that we think of any topic only in those terms. For ACoAs, unhealthy self-control is not just about stopping ourselves from taking harmful or unacceptable actions, but is more often an internal self-denial.  While ‘acting out’ (a visible lack of restraint) causes obvious problems for ourselves & others, too much internal self-control (being uptight) can also create distress, such as social isolation, poor relationships & the development of severe, difficult-to-treat mental health problems (anorexia, chronic depression….)

• Using over-self-control to delay gratification: researcher David C. Funder observed that those who keep putting off getting a reward for their efforts (like too many ACoAs) are not actually better at self-control, but seem compulsively disciplined, unable to be any other way!   (MORE ….. )
➼ Ironically – this way of functioning is definitely a loss of control.

✶ With Recovery, ACoAs come to understand & accept Point b. However, we do not have 100% control – over everything, (contrary to some Teachings) as pointed out in Step 1: “We admitted we were powerless over…….”.  To believe otherwise is called grandiosity!

OBJECTIVE Control: What is measurable, and psychologically or practically achievable – given the person’s age, genetics, native abilities & leaned skills.
However, the perception of control (whether accurate or not) influences people’s behaviors and emotions more strongly than actual control.

PERCEIVED Control: ‘generalized expectancy for internal, as opposed to external, control of reinforcements’.  It is people’s sense of how effective they are in the world, based on who is sitting at the control panel of their life, which has a great impact on their physical & mental health.
It will depend on —
• Contingency: deciding if a particular outcome is controllable or not
• Competence: thinking that we are capable of creating a desired outcome OR can avoid / suppress an undesirable result or not

• People generally attribute one of the following broad causes (reasons) for arriving at a goals or receiving rewards:
— Internal Stable : self-determined by our own ability & personal mastery (“It’s due to me”)
— Internal Unstable : how much effort we put out, & for how long
— External Stable : objective task characteristics & level of difficulty, OR outcomes created by powerful others (“It’s due to them”)
— External Unstable: chance, fate, karma (“It’s just luck”)

• ‘Internals’ believe they have general control in life, and specific control over areas such as health, intellectual functioning, memory & relationships. They tend to be highly motivated to achieve, have low outer-directedness & believe they’re able to successfully

• Believing in our ability to control outcomes is necessary to be successful in life, as long as it’s based in reality.  BUT, many unhealed people only have the Illusion of Control, assuming they have power over people, places & things – when they do not. This is a type of fantasy & narcissistic grandiosity – used as a band-aid to cover feelings of S-H & powerlessness, instead of finding & expressing the empowering energy of our True Self.

It’s what drives symbiotic, co-dependent ACoAs to believe we can do the impossible – control everything & everyone else by our thinking and actions – anything to avoid working on own damage!   See the 3 Cs’ of Al-Anon and the Serenity Prayer.