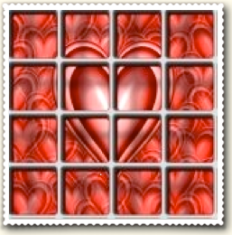 DON’T GET TOO CLOSE –
it’s the only way I can feel safe!

Healthy BOUNDARIES are about having personal power.
When used appropriately they are our “line in the sand,” defining who we are & protecting from unwanted influences.

• In any family – parents are supposed to provide emotional nurturing, & teach children how to function successfully in society.  This includes age-appropriate boundaries, allowing children enough leeway & options to find out who they are as separate individuals, not just extensions of the caretakers – while also providing appropriate protection from harm, which they can

internalize & use as adults.

Unhealthy – However, in families where boundaries are too rigid, all power & control is with the parents. There’s no room for kids to breathe, make mistakes, take their own time to learn or be playful & relaxed.
One-sided power strangles communication, limiting or eliminating any real sharing between the generations (“no back talk” / “children should be seen & not heard”…)

• Some parents are monolithic – standing together as a unit, against the children, rather than for them
• OR one parent, often the father, is the tyrant dictating all rules, to be followed without question
— If the other parent simply capitulates or escapes, children at the mercy of the bully or mentally ill mate
— OR the weaker parent will join forces with the children, either to secretly help the kids, or in self-protection, & will manipulate/ coerce/ guilt the kids into obeying the abuser

• As CoA children become adolescents, they either withdraw or rebel.
EXP: Ben was a happy talkative little kid, friendly to everyone, even strangers. His narcissistic parents were performers, constantly forcing him to be on stage – which didn’t suit his personality.
Over the next 10 yrs. he lived thru several uprooting family moves, physical & emotional abuse at home & bullying at school. Gradually he withdraw, & by 13-14 he’d stopped talking or socializing. His parents wondered “what’s wrong with him”!

ACoAs develop overly-rigid Bs from families:
• that were too restrictive, dictatorial, cruel. Even though it made us very angry, we end up copying their pattern, afraid to break out of the suffocating shell they created,
OR
• who were neglectful but emotionally over-dramatic & boundary invasive. Being constantly overwhelmed, confused  & terrified, we over-compensated by tightening our own Bs (becoming rigid), as a way to have a tiny measure of internal control, to quiet intense anxiety

EITHER way – Physical, psychological, emotional &/or sexual assaults forced some ACoAs to choose this per-version of Bs as protective armor (Toxic Rules & Roles  – (“how things have always been done // the right way to do things”….).

So, afraid of being personally violated -again-, we become inflexible & hyper-vigilant, even paranoid.
All our relationships suffer because we’re incapable of true emotional intimacy, convinced that if we let our guard down, we’ll fall under the total control of The Other. Instead of protection, it only leaves us deeply empty & lonely.(‘’Come here-Go way‘’ )

• Traumatized children naturally become very mistrustful (just like animals abused by humans). Since the Brain is innately organized in schematics…. we associate people & experiences in generalities….
Therefore ACoAs set up defensive walls against those who originally hurt us, & then extend them to everything else, losing the ability to make the connection: people = pleasure.
EXP: A woman violated / beaten / neglected … in childhood by an adult male will definitely not trust any man. And a man ‘broken’ by beatings & betrayal from his mother won’t be able to trust his judgment or intuition about other women…..

ACoA irony: When isolation becomes unbearable, in desperation we reach out to whoever is immediately around, whether inappropriate or not.
If that person or group shows any interest or kindness – we fall profoundly

under their influence before even realizing it! For an instant we drop our guard & drift into the fantasy of finally being loved & taken care of. They become our sole obsession – for a time – convinced we can’t live without them

**Eventually, we may feel strangled & crushed, because rigid Bs are not Bs at all! They just mask a desperate need for connection, but is actually symbiosis. Hopefully we come to experience the other person / group as a virus invading our inner sanctuary, which must be expelled.
We can crash-separate by devaluing & discrediting them by finding fault, starting fights or withholding & losing interest!
Alternatively – we can walk away with pride, with a smile, head held high.