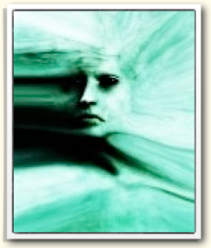 1. EVENT – the Stimulus (Green Oval)
Growing up with emotional & physical stress, we became hyper-alert to our environment, developing big antennae to catch even a whiff of danger 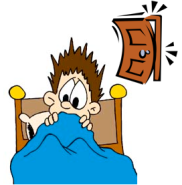 Early sources:  Being awake late, even on school nights, waiting anxiously to hear what state dad was in coming home – how did the car sound, how hard was the front door slammed, how heavy were the footsteps, which room was he going into…?

Was there going to be a fight – yelling, hitting – or worse, a ‘visit’ to your bed…?  trying to sleep with one foot on the floor, hating mornings, knowing you’d be a mess at school the next day, as usual being constantly worried…..

This constant pressure has left many of us with only 2 options:
⚠️ Vagueness: the ACoAs who seem to be so out-to-lunch that you wouldn’t think they are actually over-attentive. It’s why they need to be flaky, because internally they’re under overwhelming tension, but it’s split off from their own awareness –  (dissociation)
♨️ Hyper-vigilance: other ACoAs are noticeably anxious, worried, controlling, touchy, always looking around, easily taking offense (sitting with their back to any available wall!) – waiting to be attacked by others
🌀 Some of the paranoia comes from having a BadParent camera over one shoulder, constantly judging everything we say, do, think & feel

We’re still so focused on the possibility of being abused &/or abandoned – again – that we either isolate too much, are belligerent & difficult, or super people-plea

sers.
So every Event that upsets, hurts, disappoints & scares us becomes a cause for emotional drama

▶ Approaches to EVENTS
CO-DEPENDENCE: disturbing situations are a challenge for the Rescuer to throw all their energy into fixing – the other person or event
COUNTER-PHOBIA: at the other extreme, we look for the most dangerous, drama-filled events to get involved with, ignoring/ denying / swallowing the pain it causes us

ISOLATION / Victim: having been hurt by so many people & events, we starve ourselves of potential benefits in the world, instead of ‘healing & dealing’

PARANOIA: the assumption is that the ‘universe’ (everyone & everything) is deliberately targeting us, to cause our suffering. We ignore all the good things in our life, OR explain them away as an accident, a fake / scam or “they’re just being polite”

SCAPEGOAT / Victim:  we feel blamed for everything that goes wrong, which we agree with. It causes great anxiety & constant anger, but we don’t try to correct it

EXP of ‘Events’ = YOU are :
• having lunch with a group of casual friends & new acquaintances.  Everyone seems easily engaged in conversation with their neighbors, & almost no-one has talked to you the whole time
•  walking down the hall at work, & yet again Georgia doesn’t acknowledge you
• trying to cross a busy street & just then a cab turns the corner, almost hitting you
• going for an interview & do your best, but you’re not called back
• a new members of a long-standing group, out for coffee with them after a meeting. On the way, they all pair up, talking to each other, but no one walks with you – you’re all alone at the back of the ‘line’

➼ Any of these may create a painful reaction in us. Our observation of the occurrence is accurate – they really did happen.  However – they triggering familiar cognitive distortions, which make the event more disturbing. That’s where we go off the rails.

‘EVENTS’ can be:
a. Neutral / mild: everyday situations that are not really bad, like – someone in the subway bumping into you, not getting that text you’re waiting for, a delivery being late….
b. Mild / bothersome: occasional annoyances that may or may not be aimed at you,

like a rude salesman, your boss angry at you, getting a ticket, your child having trouble with a neighbor……
c. Severe: really painful encounters, like – a parent ignoring you or being cruel, a big fight with a BFF or spouse, your child getting arrested because of drugs….

• Each category will test our ‘mental health quotient’ – how realistic or distorted our thinking is, which will then govern how we act.