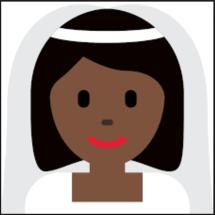 WHY DON’T PEOPLE APPRECIATE
how hard I work at pleasing them??

PREVIOUS: Symptoms of Angry-niceness – toward others

SITE: Being too nice – dangers in 4 areas of life

QUOTE: ” A person cannot truly be free without self-reflecting” — Hegel

POWER ISSUES
All dysfunctional thinking & behavior grows out of our personality interacting with the unhealthy parenting we were originally stuck with.

Co-dependence (‘Roles & Co-dep’ and ‘Anger & C0-dep’ posts) begins in early childhood, & rarely if ever diminishes on its own. Instead, without Recovery, it usually gets progressively more exaggerated & painful. It’s most often set up by a dominant-submissive family pattern. Only the parent(s) or other caretakers were allowed to have any power – over everything – what you did, what you thought, what you felt, what you wore….. & all the things you were not allowed.
And when children’s PMES needs & emotions are ignored & punished, they grow up without knowing who they are, what their rights are & with the assumption they are not allowed to exercise personal power. (Our Rights).

Power is not a dirty word or an evil concept. It is only a negative when used to force others to do what we want, since that means it’s without their consent & against their will. (Rescuing vs. Healthy Helping)
Internal, personal power is essential for healthy functioning. This is what’s missing or very weak in all secretly-angry people.
❤️ Being thoughtful & kind to others, needing companionship, or even going out of our way to be helpful is NOT automatically co-dependence. Motivation is what counts. (Deserving vs. Rights)

USES: The seemingly contradictory reasons for people-pleasing is the 2-sided coin of being afraid of independence & at the same time of being dependent, ie. fear of both abandonment (Separation) and fear of intimacy (Symbiosis).
Some people are more terrified of one than the other – consciously – but the 2 are so deeply connected, they both contribute to ‘over-niceness’ as a way of keeping everyone at bay. (Boundaries & ACoAs #3, re. Stayers & Leavers)

1. Fear of abandonment (FoA): We always feel like outsiders, longing to belong. Being over-nice is supposed to keep people attached to us, but is counter-productive since they never get to know our whole self, not just our wound-flaws but also our true beauty.

ur wall!
Being over-nice is supposed to prevent others from crossing our boundaries to the point of strangulation, but instead it just covers a layer of ice, creating PMES starvation. BUT of course that’s because we don’t actually have boundaries, so have to use artificial protection.
(These are related to Attachment styles)

SELF-CENTERED?
If asked, most Co-dependents would swear they’re giving, caring, selfless creatures. Their True Self may be all those things & more, but Co-dependent angry-niceness is a defense mechanism, & the motivation for all those ‘helpful’ ways actually comes from the desperate needs of the WIC to shut up the PP in our head! Not to mention that under all that sweetness lurks a volcano, dormant but deadly.(‘Rescuing…)

• We’re told that we can’t love others until we love ourselves. But we were taught that’s selfish & that we don’t deserve it anyway
• We’re supposed to stop only thinking of ourselves & consider other people’s point of view – but isn’t that what we’re already doing???

So, which is it? Me or them? Selfish or self-less? Well, it both because Mental Health is always about balance (20 characteristics).

3 Forms of Selfishness (S)
a. Neutral – when we do anything good for ourselves, & it doesn’t involve anyone else
b. Bad – when we do interact with another in a way that seems to only benefit us, AND hurts the other. But it can also backfire.

c. Good – when we do something that we like/ love/ want – with someone else, who also benefits. (MORE )

SO? In recovery our P-P / Co-dep hopefully diminishes, but any acting out of it is the BAD kind of Selfish, because – no matter how much we con ourselves, aware or not – the co-dep part of us is only interested in manipulate others into providing needs we didn’t get at home & that we don’t believe we can provide for ourselves.

❤️ But, the more we take care of ourselves, (good S.) the more we can clearly see other people as they actually are, both similar & very different, & respond accordingly (more good S.) – rather than what we want them to be or want from them (bad S.).
(“Abandonment pain, Now“// “How ACoAs Abandon Others“)