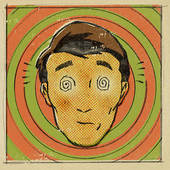 I TRY SO HARD TO BE INVISIBLE –
but all it gets me is more trouble!

OBEDIENCE vs SELF-CONTROL
• Obedience is the willingness to follow commands, orders & instructions without question, because they come from a legitimate authority, presented as ‘necessary for the common good’ – usually to uphold social order. It requires the individual to give up control to another, supposedly for their own benefit, such as protecting children from the dangers of damaging situations

The rationale for promoting obedience, especially in the young, is that at some point, with maturity, the training is transformed into self-control – becoming inner-motivated. This can happen if children grow up in a relatively benign atmosphere, with a fair & respectful authority figure.

But when subjected to a coercive (controlling) environment, as most ACoAs were, children learn to obey the Toxic Rules by denying /discarding the very parts of themselves needed to become autonomous. So as adults, ACoAs still function as  symbiotic extensions of the family, instead of being motivated by our True Self.

• Appropriate Self-Control is the opposite of obedience – because motivation to act is located inside vs. outside of the Self
— It represents having internalized the rules of family & society, (hopefully beneficial), but only to the degree that they fit our personality & ethics
— It requires enough S & I from our family of origin to be able to think for ourselves, deciding daily what works for us & what doesn’t 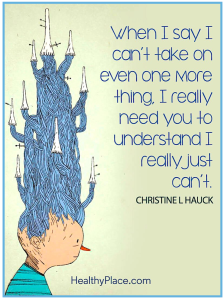 From the Encyclopedia of Mental Disorders: The term ‘self-management’ has replaced ‘self-control’ because self-control implies changing behavior through sheer willpower. Self-management, on the other hand, is being aware of what causes an undesirable behavior, & consciously dealing with that cause, which corrects /  improves the behavior( ie: making autonomous choices)

RESULTS of Over-Control (OC)
This list is specifically related to ACoAs who are very shut down. The Lost Child Role is the most obvious version, so O-C that they’re mute & feels invisible.
They still feel the need to protect themselves in such an extreme way, even when they’re no longer in physical or emotional danger.
👾 But since this coping mechanism is about negating our True Self, even those in the Hero Role can find it hiding under all our accomplishments – if we dig some

INTERNALLY – WE:
• don’t trust our own thoughts & intuition, so keep making the same mistakes, like trusting the wrong people
• only notice & focus on the rejecting things in our environment, reinforcing the paranoia & depression we carry from the past

• don’t know when something’s too much for us, because without internal balance we end up exhausted, burned out, & often develop a chronic illness

• keep our emotions hidden, are so defensive or become social isolates – that it’s very hard to have mature adult relationship

• stay in the one-down victim role, giving others too much power
• assume that all future outcomes in our life will be as disappointing & hurtful as they always have been. We never relax & have fun!

INTER-PERSONALLY – WE:
• can’t understand other people’s responses to our persona (how we present ourselves) or why they treat us so ‘badly’
• are over-sensitive to being scorned or ignored by avoiding or rejecting everyone…..
• ….. YET, are always looking to others to validate us, give us permission, solve our problems, tell us what to think or do

• are attacked by others for our seeming lack of: caring, communication, emotional awareness, openness, responsiveness, sharing, support or signs

of warmth.
It’s not that we’re incapable of those qualities, but that we’re afraid of caring too much & being taken advantage of
Our verbal & emotional unavailability makes ‘present’ people uncomfortable (more active, talkative & emotionally open), they can get frustrated & angry – subjecting us to disdain, being blamed for problems not our fault, have our intentions be misjudged & misunderstood, even labeled ‘sick’ / crazy

WORK – WE:
• may be too anxious to work for anyone else, not wanting to take direction or be under someone’s thumb. Growing up with chaos & abuse gave us an intense need to control everything, at all times
• don’t understand office politics & are so ‘disdainful’ that we won’t even learn, leaving us marginalized & easily victimized

• ignore or sidestep difficult task / projects, not having learned problem-solving skills, & are afr 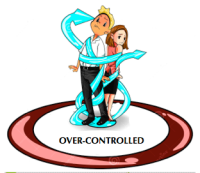 aid to show our ignorance by asking for help. This can boomerang, making bosses & co-workers angry

• have a deep aversion to conflict, disapproval & taking risks. Lacking social competence, we get overwhelmed when faced with difficult office personalities.
Our silence in uncomfortable situations can aggravate others who want to talk about or fight things out, the very thing we’re trying to prevent

2 thoughts on “Price for Emotional Over-Control”