I HAVE TO WORK THROUGH
my resistance to  the IC

MORE EXCUSES for not Dialoguing
2. It feels silly, stupid, fake, self-conscious
ANS: It’s going to be awkward at first – like many new things – but that’s resistance, from the WIC &/or the PP. If you keep at it – correctly – it begins to make sense, then becomes more natural & automatic

3. It feels ‘schizophrenic’
ANS: This term is mistakenly used because schizophrenics hear voices & sometimes talk to themselves. Schizophrenia is a devastating mental illness based in defective brain chemistry, with hallucinations & delusions.
It has nothing to do with various Ego States interacting internally, which are normal conscious parts of a whole personality.
NEVER apply it to the process of talking to the Inner Child.

4. I’m just making it up
ANS: Review Ego States. They’re real. We need to learn about the various components, how they sound, what their point of view & purpose is. With enough info & practice you’ll hear the differences

5. I don’t know who’s talking
ANS: “I” statements are either from the Adult, if it’s a logical thought, or the Inner Child, especially if it’s self-deprecating or self-defeating.
The “You” form is the Parent voice, either mean or kind.
When you have strong emotions it’s definitely the Child.
Some of us hear the WIC very easily, some only our rational voice, some mainly the bad Parent. Writing out dialogues using both hands helps to differentiate them 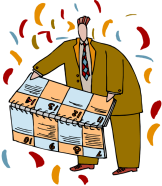 ANS: This is the same as saying you don’t have time to eat – ever. If you don’t nourish your body you get sick & eventually die.
AND if you don’t feed you heart, mind & spirit with attention & love, you starve your essence.

So no matter how outwardly successful you may be, your sad lonely, hurting part keeps gnawing away at your insides. As long as we ignore our wounded part – it runs us! If you want your life to function better, this tool is an absolute must!

✍️ Written dialogues using both hands does take time. If you’re serious about your recovery you’ll find a way – somehow. You know that you make time for the things you really want to do.
🧠 BUT you can also be dialoguing in your head throughout the day – no matter where you are – in the bathroom, on the bus, waiting in line or on the phone, before you go to sleep…. ALSO, sometimes it’s enough to just pat yourself on the chest, letting the kid know you’re thinking of him or her in a caring way.

7. I never get a response
ANS: Our Inner Child (Natural & Adapted) is all our historical ages, from birth on, so when we connect it can be with the pre-verbal child or one of the older ages. Once you connect, the IC will talk a lot!

• The youngest one won’t have words to respond, only emotions & sensations. Pay attention to what your body & imagination is telling you.
• The middle kid (around 13-14) is sometimes the most honest, & sometimes the angry one. Either way it needs to be encouraged to express how it feel & what it knows
• Some ACoAs don’t even talk to their teenage self, so it’s being ignored like at home, or it’s in rebellious mode with folded arms & facing away

HOWEVER – the main reason we don’t get a response (assuming we’re actually trying!) is because the child doesn’t trust us yet – we haven’t proven ourselves consistent or safe. Do you make an effort to communicate regularly, & with compassion? Are you being neglectful, OR do you sound like you original parents?

REALITY – if we are persistent in talking kindly, realistically to the kids & asking them Qs, eventually one or more will respond, even if it takes months, but only if we care enough to show up!

NEXT: Part 4 – Resistance from the WIC

3 thoughts on “Why RESIST talking to the Inner Child? (Part 3)”