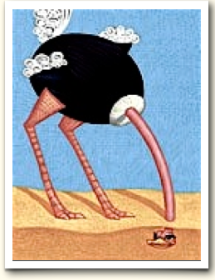 3. ACTIONS (cont)
a. FEARFUL reactions to painful events
No matter what our reaction-style is, most of our fear is housed in the WIC ego state, accumulated in childhood & not yet cleaned out. So when an ‘Event’ touches that deep well of pain, we regress to our younger self

💧 Be Mute – probably the most common for ACoAs.  When we’re too scared, the thinking part of the brain (frontal cortex) shuts down, temporarily.  When the perceived danger is passed, the ‘computer’ lights up again. That’s why we only think of what to say AFTER the event – when it may be too late to respond.

— When possible, it’s perfectly ok to go back to someone later to ask what they meant, or to stand up for ourselves – but we rarely do.  Instead, we just obsess about what we ‘should’ have said & hate ourselves for being ‘weak’.

💧Isolate – this is more than just withdrawing from a particular person or place. It’s about hiding out like a wounded creature does, to lick its wounds. We’ve been abused for so long – first at home & then by others family, mates, bosses…. that damaged ACoAs aren’t as self-repairing as many animals.
Bad combination: weak boundaries, a lot of S-H, CDs & depression – make us stay in our cave & never want to come out.  If we dare to, & then someone steps on our toes – again – we scuttle back in to hide for another decade or so!

💧Justify / Over-explain – 2nd favorite reaction to being attacked OR caught in a mistake – which no one wants to hear!
The Event triggers so much S-H & anxiety, that the WIC has to convince the other person THAT:
— we’re not so bad, they got it all wrong, we couldn’t help it, what we really meant was….
So we go on & on, making a fool of ourselves! This is NOT the same as our Adult part being assertive by correcting a misunderstanding or stopping an abuse. 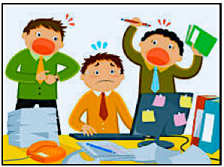 le-Please – many ACoAs are profoundly co-dependent – depending on others to give us an identity.  So:
— if someone is distant, self-centered or angry at us – we think it’s proof that we’re bad!
We’ll do anything to win them over.
AND
— if they seem to like us, we’ll do anything to keep them from changing their mind (even though we don’t believe anyone can really like us)

EXP:  Jose had a habit of being verbally abusive whenever he felt hurt. Skyia finally broke up with him after he threatened to beat her up for going to school in another state & leaving him behind.
Then he kept calling & texting, alternately begging her to come back or blaming her for making him so depressed that he landed in the hospital! She hated the disgusting names he called her, but felt so guilty for doing what she needed to, that she sent him $1,000!

Reminder: Many ACoAs have some form of anxiety disorder (intense undifferentiated fear), as a result of natural sensitivity PLUS being survivors of incest, physical abuse, emotional torture & neglect….
making it hard to cope under pressure or be around people who are impatient &/or demanding.
SO – we need to be extra gentle with ourselves, yet never give up!

💧Withdraw – we’re so hurt by a person or situation that all we can do is pull away – permanently – instead of speaking up for ourselves. The stressor may have been caused by a boss, a teacher, a friend….
—> This response would be appropriate if the choice was made by the Adult part of us, as a self-caring decision to stay away from bad places/ people.
But for many ACoAs, the WIC is in charge, only focused on distancing to not get re-wounded, by putting up a thick wall, while still carrying resentment & anxiety because the conflict never gets cleared up.