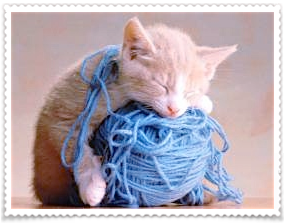 YOU CAN’T MAKE ME GIVE THIS UP !
I’d rather be miserable than face that pain!

PREVIOUS: “They did the best they could”

INTRO
Negative Benefits (NB) is a new concept for many people. A web search found nothing about this important idea.  When clients are asked what they get out of continuing a harmful behavior or thought pattern, they usually say “I don’t get anything out of it – it’s just what I know, a habit”.  They’re indignant that they’re even asked.  They only hear the word ‘benefit’ & can’t imagine that anything self-destructive can have a reward!

• Familiarity & habit are not the only reasons destructive patterns persist. The deeper truth is that we DO get something from hanging on to those old ways of acting & thinking – they’re a form of protection (defense mechanisms) against facing childhood issues that feel too terrifying to deal with.

So yes, they provide us with Negative Benefits. In reality the ‘protection’ they seem to offer comes at a high price – in grief, in more abandonment, shame, self-hate, loneliness, ill-health, bad relationships, depression, lost opportunities…. yet we protect them with our life, literally, until we do eno

ugh FoO work to not need them – as much.
SO – to understand what Negative Benefits (NB) are, we have to start with:

DEFENSES
These are unconscious human psychological strategies our mind develops to protect us from having to deal with painful traumatic realities we can’t handle.
They’re also used to maintain our self-image – a mental picture of ourself we can live with, in the face of inner conflicts – between what we think we are & what we wish we were.

• Everyone needs defenses to manage. However, when we experience long-term stress as children our defenses become rigid armor & walls, which are hard to penetrate & hard to dissolve. They’re expressed in the form of Character Defects – self-defeating behavior patterns which can be seen as forms of Self-hate, SUCH AS:
😱 abusive behavior, being controlling, closed-minded, co-dependent, dishonest, isolating, negative thinking / pessimism, narcissism, perfectionism, prejudice, resentment, rationalizing, selfishness, self-justification…..(Immature)

• These T.E.A. patterns sustain our denial by protecting against old pain:
— (E)motional: our abandonment terror, deadly loneliness, murderous rage, profound hopelessness, terrible longing for the impossible….
— (T) Mental: a deep-level KNOWING that they weren’t there for us, &/or tortured & neglected us, which was potentially lethal & which the WIC still believes can destroy it.
So, no matter how self-destructive or lala a defensive pattern is – we will do almost anything to hold on to it – even in Recovery – because:

a. the WIC is in charge of our inner life, until we develop the UNIT, the Healthy & Loving Inner Parent with must replace the PP’s bad voice ( Introject)

b. AND, the kid is beyond-convinced that our long-time defenses are not as life-threateningly dangerous (bad for us) as what’s underneath, hidden in our unconscious

• REVIEW: dysfunctional patterns ‘protect’ us from facing what we consider unbearable knowledge (T) & terrifying emotions (E) from the past, as well as having to deal realistically with functioning (A) in the present. They represent Freud’s ‘Repetition Compulsion’, which is so evident in the lives of most ACoAs. Yes, the pain accumulated from childhood is bad, but not dealing with it cripples or kills us in so many P

➼ In simplest terms, the main reasons we hang on to the old ways with both fists, as if it were a life-preserver is:
1. because our brain has been programmed from birth, & those grooves (neural pathways) are very deep. It takes LOTS of knowledge, repetition, perseverance & patience to make new, stable grooves
2. since our WIC believes it needs the psychological negative benefits to survive – it will take a lot of time & effort to develop the new UNIT that can take over the reins from the WIC & PP.