CULTURALLY – Most people are wounded for one reason or another. Few have has a genuinely safe, truly nurturing childhood, especially in their first 10 years.
In his 1942 writing, “FEAR of FREEDOM”, Psychoanalyst Erich Fromm deals with humanity’s reluctance to being alone – the lack of Individuation leading to our fear of isolation, & the resulting appeal of authoritarian regimes, such as Nazi Germany.
Fromm suggests that most are so afraid of freedom they find ways to minimize the fear by creating dogma & rituals that seem to provide a sense of security – whether for individuals or whole societies. (MORE…)

Authoritarianism: This personality type includes sadist & masochist elements. They need to have control over others to impose some kind of order on their world, but will also yield control of a superior force (government, religion…), from a person or abstract idea 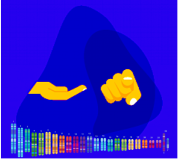 Destructiveness: Although there are similarities to sadism, Fromm argues that while the sadist needs to have control over something or someone, the destructive personality wants to destroy anything it can’t control

Conformity: This happens when people unconsciously incorporate the over-all beliefs & Cognitive Distortions of their society, then believe it’s their own – so they can avoid genuine free thinking, which would provoke anxiety

The PROCESS
If we can accept that we have our own specific lessons to learn, we’ll welcome them instead of complaining.
Lessons come in ever tighter circles until we’ve completed them, so knowing the stages of growth & accepting the spiral nature of self-healing, can help to appreciate our hard work & recognize successes

1. Develop awareness – notice what isn’t right in the quality of our life & relationships. It’s best to have a non-judgmental, observer’s point of view & friendly curiosity about ourselves. This helps avoid triggering old patterns, which originally formed as self-protection.
It’s imperative we don’t slip into S-H when we see these patterns, again, to not add more pain, especially if we thought they’d already been ‘fixed’. No more salt in the wounds, please!

2. Choose an alternative – this is an action step, but without aiming for perfection in any part of our life. It’s finding healthy opposites to break the trance of following the Toxic Family Rules, which can be a surprising & wonderful experience.

Switching to a better action (or non-action if  called for) often brings up emotions of fear, guilt & shame, even anger, or sometimes feeling hopeless & suicidal – so be prepared to get the needed support

3. Practice what we learn – over & over.  Patience and Process are not our favorite things, but ARE the main ways we get better at anything – from sports & the arts to emotional, mental & spiritual growth. As long as we actively work to Individuate, we keep getting new info about ourselves, which is exciting!

EXTERNALLY
The whole process of individuation is the archetypal soup which all humankind is swimming in, the container that holds all our aspirations, dreams, fantasies, sense of vocation, successful ventures and wrong turnings (Marathi Culture 🔽)

Because it’s a universal human need, the physical expressions of Individuation Stages toward wholeness are found in all cultures, all eras, & in many forms: 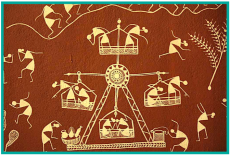 • Artistically, in the seemingly simple “Oxherder” pictures of Zen Buddhism or the cryptic, alchemical pictures of the Rosarium Philosophorum
• Architecturally, in the labyrinth at Chartres Cathedral or the tower that Jung built in Bollingen

• Esoterically, in the Greater Trumps of the Tarot cards, or the pseudo-scientific, symbolic system of alchemy
• Musically, in Mozart’s opera The Magic Flute or in Beethoven’s Fidelio

• Mythologically, in the ancient story of Gilgamesh and Enkidu, or the Sumerian myth of Inanna and Ereshkigal
• Playfully, in the many ball games played around the world

• Poetically, in the spiraling journey of Dante’s Divine Comedy, or Hermann Hesse’s novel Siddhartha, about the life of the Buddha
• Spiritually, in the Jewish Kabbalah, or the sayings and parables of Jesus of Nazareth, such as, “Whoever would seek to save their life will lose it; but whoever would lose their life will preserve it.”   From: “Individuation – the Process of a lifetime” 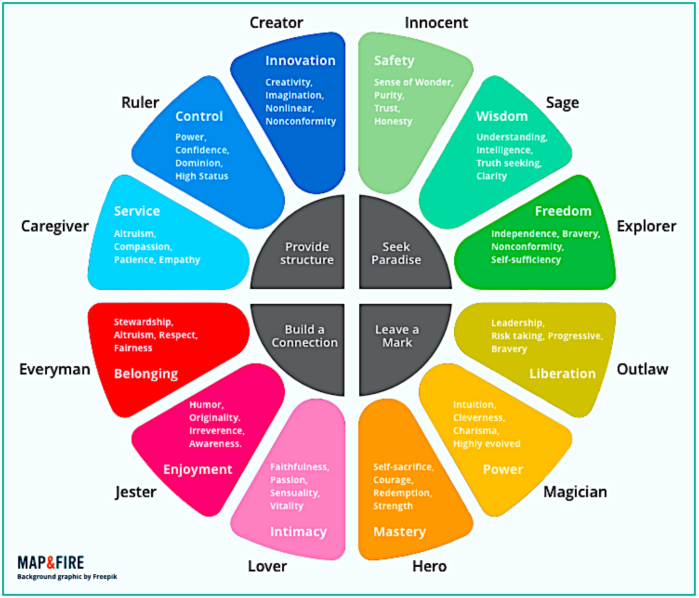