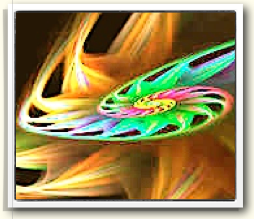 MY THINKING?
It’s just fine, thank you very much!

QUOTE: “The most dangerous of all falsehoods is a slightly distorted truth.” – Georg Christoph Lichtenberg

3. NOTE to ACoAs
LOGICAL Argument
DEF : It consists of one or more premises (assertions,

hypotheses) & one conclusion that’s offered in support of the claims being made – each being either a T or F declarative statement. If any one of these components is in error, the whole argument becomes invalid (LOGIC….)

👁‍🗨 Knowing what our CDs are & then correcting them, a day-at-a-time, is very important – even tho it’s not as ‘sexy’ as some topics – because keeping these ideas in mind will help counter our:
✓ frustration at the slowness of change in Recovery
✓ discomfort & awkwardness in trying out new thinking or activities
✓ self-hate for the way we’ve been functioning most of our life
✓ confusion & misunderstanding about the causes of our pain, now

REMINDER
CDs are part of our Wounded Inner Child (WIC) ego state, in agreement with the Bad Parent voice (PP).
When negative or harmful beliefs – hidden from ourselves in the unconscious – contradict the good things we consciously want, no matter

how sincerely, which one wins?
Of course, the bad ones, because they’ve been with us the longest & they connect us to our family. (INFO & the Brain)

“The human body & mind are highly receptive to the messages & feelings put out by the thinker (YOU). How we feel about ourselves impacts how we function. When you think, “I’m ugly / I’m stupid / I’m no good / I’m fat….,” your body & mind assumes it’s true. Consciously & subconsciously, these beliefs impact & impair delicate functions of physical & mental processes — including the immune system – restricting the flow of creativity, holistic thought, self-expression & joy.” Modified from ErinJanus.com.
To heal, we have to identify & own the CDs. Then slowly, gently replace them.

CDs are profound MISUNDERSTANDINGS about:
a. Other people’s motivations (He didn’t call me again because I’m boring)
b. The meaning or importance of one particular event (I didn’t get that job so I’ll never be able to do what I love)
c. The likelihood that a similar circumstance will happen again (No one talked to me at that event so there’s no point in ever going there again)
d. The outcome or consequences of a particular situation  (Since I can’t learn a foreign language, I’m ever going to be able to travel, even though I’d love to)

WHY are CDs so ‘appealing’?
It’s not enough to say they’re a familiar & very longstanding mental habit. This is true physically (see previous post re. the brain), but the other piece is emotional  / psychological – providing Negative Benefits which keep them in play

• Others provide a misguided sense of stability. Since our childhood was unpredictable & dishonest & chaotic, the rigid absoluteness of CDs makes it seem like we have something concrete to rely on for ‘guidance’
• Some keep us enslaved to our self-hate & harmful people or situations
• Others keep us so confused by their incomplete info & incorrect conclusions that we can stay in a mental fog (dissociated) without having to figure out what we truly believe or need

And ALL of them maintain a ‘black-hat / deep state’ connection to our dysfunctional past. Consistently obeying CD rules of any kind means we don’t have to think for ourselves, & so never have to S & I, or become responsible for our own freedom!

More AUTHORS
Aaron Beck first proposed the theory behind C.D.s (1967) and David Burns (1980) was responsible for popularizing it with common names and examples.
Freeman & DeWolf (1992) and Freeman & Oster (1999) added: “Externalization of self-worth; Comparison; Perfectionism”.
Gilson & Freeman (1999) identified eight other C.D.s: the Fallacies of Attachment; Being right; of Change; of Control; of Fairness; of Ignoring;  of Heaven’s Reward & of Worrying.