TRAUMA BOND
If you feel too tied to your N partner, unable to break away, you may use real-life reasons to excuse this reluctance, such as : concern about finding a place to live, supporting yourself & your children, or being prevented from seeing them or loved ones…. However, there’s more to it.

A too-intense emotional attachment is known as a trauma bond, developed from a repeated see-saw of neglect & insults, then switching to kindness & ‘warmth’ (positive reinforcement). This is abuse, creating a powerful connection that’s extremely confusing to the recipient (the empath) & hard to break.

Many harmful relationships begin with a shower of affection & assurances of love. It’s only natural to develop a bond with such a person.
So when the abuse starts, it a shock.
Afterward, the N may apologize, swear to change, or insist “I was just upset.” These manipulative responses often succeed, as the V remember those ‘pink cloud’ days, & mistakenly assume the N can be that person again. But it never gets better! (MORE….)

21 STAGES (by MARY WRIGHT on “The Power of Silence“)

1. The narcissist attracts the empath. They begin a relationship. 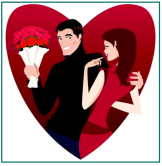 The empath’s love is deep & unconditional. They’re happy & satisfied every time they’re around the N, falsely assuming their love is being reciprocated.
However, the N has no intention of allowing themself to develop a strong emotional connection, which would be a loss of control

2. The empath (Em) starts to think they’ve finally met the love of their life.
The N reinforces this by designing an illusion to look like the 2 have a special attachment that’s impossible to break. For a while it may actually seem the N wants the relationship as much as the Em, but it’s not true. The N only wants power over another

3. As time passes, the N will work on breaking the Em’s self-esteem by making them feel weak & stupid. The N won’t usually attack openly, but say something like, “I don’t mean to hurt you but…”, then mention some “shortcoming”.  The Em will gradually start to believe they’re not able to think or do anything – for themselves, or at all – & so feel lucky to have the N making decision for them both, who is taking more & more control

4. The N will become the total center of the Em’s universe, being the one of the 2 with the capacity to love.  This is set up by the N who presents themself as the victim, manipulating the Em into giving them whatever they want,. Being natural givers, Ems keep being helpful, taking care of, cheer up & soothe their partner – always available whenever the N needs them

5. Because the Em’s intentions are pure, they can’t imagine that the N’s wounds are different from their own, and so is the healing. The N’s wounds cannot be healed with love, as the empath believes, because they’re immune 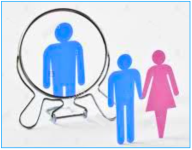 6. The relationship is more & more all about the N. Eventually, the Em realizes this, because now they’re afraid to verbalize or fight for their needs & wishes in the relationship.
The Em would rather die than give someone a reason to dislike them, so they’ll still try to please the N, even though they’re unhappy with what’s going on

7. The Em literally dances to the tune of the N. The more affection, devotion, effort, love & care they offer, the more control the N has.
Sadly, as long as the Em continues to put all that effort into ‘making it work’, it’s almost impossible for them to see the glaring, ugly truth. The problems starts when theEm finally ‘wakes up’ by reaching their breaking point

8. Day after day the Em’s own emotional, mental & physical needs remain unfulfilled. This happens because from the beginning they believed their partner’s emotional needs were all that mattered.

But when the Em finally understands their own well-being counts too, & that they’ve been living a delusion for a long time, they may start speaking up, not wanting to live with the N’s devaluations any more.

The N definitely does not like this, & will try to make the Em feel terribly selfish. And being brain-washed., Em can too easily agree.