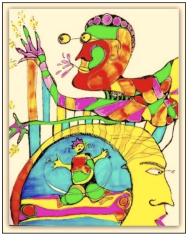 SITE:
“10 ways to discourage a N from dating you“

DEFINITIONS re. Ns
🃏N. Collapse : when their manipulations & vulnerabilities are exposed or criminal activity caught, they no longer care what image they project, not able to be in control of themselves as they used to, acting unstable, even unhinged. Then – they can spring as fast as a rubber band, or stay collapsed for some time.

🃏N. Injury : a N. reacting badly to real or imagined criticism / judgment, when boundaries are set for them, or attempts are made to hold them accountable for harmful behavior. – Psych Central

🃏N. Tears : Don’t be fooled – they’re crying for themselves, not for you. These are crocodile tears, a term from an ancient anecdote about crocodiles weeping for the victims they’re eating. Now it’s about an NPD who wants to kill or actually causes the death of someone – but then publicly lament the loss. The may cry when their victim says they’re going to leave, the N’s abuse is identified by anyone, or sometimes when watching movies, TV, or the news

Even their emotions are narcissistic. IF their tears are real, the pain is about
themselves, and provides some attention. They get ‘supply’ in the form of sympathy or giving them the benefit of the doubt, or the empath doing things for them out of pity.

🃏 N. Trauma-Bonding : Victims become deeply attached to a N by the use of ‘intermittent reinforcement’– the manipulative maneuver of abuse mixed in with periodic affection at unpredictable moments. Each time the N is ‘kind’ the victim

feels hopeful that things are finally better – until the next round. BTW – periods pf relief are always brief, while the cruelty takes up most of the relationship.

🃏N. Rage : the N reacts with intense anger, aggression, or passive-aggression when they have a disappointment or setback, which shatters their illusions of entitlement, grandiosity, & superiority, triggering their sense of inadequacy, shame & vulnerability.
◇ ◇ ◇

🚯 The N’s MAIN fear is of being Alone – without a steady stream of human ‘suppliers’ of worship! So much so, they’ll even go back to an inadequate previous resource (parent, lover, guru, boss….) who they previously dumped & slandered – if they don’t have any other option at the time.  “A lonely narc is a vulnerable one.”

❧ Authority
Ns detest authority. That’s because they resent having to answer to anybody but themselves. Any sense of authority threatens their inherent desires for power and control. To survive, many Ns are passive-aggressive toward bosses & other authority figures, seething inside with resentment that they don’t have all the power they think is their due. Others can come across as combative & unfit in professional environments. If confronted by their inappropriate behavior, they tend to deny or rationalize their part.

❧ Being told NO
This is one of their most hated words, along with Truth & Silence. Ns are used to manipulating & weaseling their way into getting what they want – spending their whole life charming people into meet their needs. Telling them NO – & being adamant – will usually get you an angry reaction. They’re not just frustrated,  they’re downright confused by it! no understanding they you have needs that are different from theirs.

❧ Criminal Justice System…
….. if facing Jail. They hate any serious loss of freedom, from ankle monitoring to house arrest to actual prison time. They think: “How could I end up in jail for something I definitely did & assumed I’d get away with!”
Unfortunately, Ns are very good at manipulating the judicial system, from cops to their own lawyers to judges, coming up with such crazy justifications for their behavior that it ‘has to be’ true. 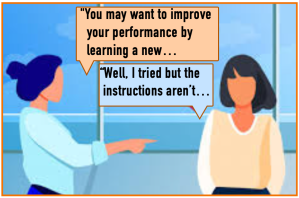 not about their carefully crafted identity.
That’s why criticism is less deadly to a N than an insult. No – they won’t like it at all, since they’re actually very sensitive – but only for themselves.

Criticism will take a toll, but may be laughed away or met with comebacks. They’re also famous for throwing the criticism right back at the speaker : ‘Yeah, well you did……’