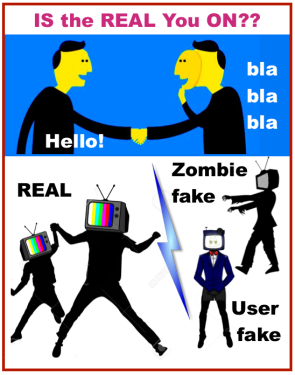 QUOTE: “The BEST way to deal with FAKE people is to BE REAL with them”

Telling the difference between a fake & a genuine person is a great skill to have. It will keep you away from those who don’t have anything positive to offer, or just want to take advantage.

NOTE: Genuine people are NOT perfect, not perfectly healthy, not free of limitations & weaknesses
BUT – they DO have a decent amount of self-esteem & a low level of anxiety, good boundaries, & are aware that others can & will have their own (different) point of view about things.

✦ RESPECTFUL
GPs make an effort to respect everything & anyone, taking people’s feelings into consideration. They don’t look down on others, wanting everyone to feel appreciated & important, no matter the situation. At the very least they’re polite to everyone, or appropriately friendly, not just when they’re in a good mood, or when they think it’ll give them some advantage.

FPs can be deceptively well-behaved, but not to everyone, mainly showing respect to those in power, to get something out of every situation. They try to get close to ‘important’ people, & won’t give you the time of day if you don’t have something they can benefit from.  If it means using some acting skills, they will.

✦ OPEN
GPs are generally transparent, so others know where they’re coming from, both positively & negatively.  (“Say what you mean but don’t say to mean”) They’re not afraid to admit having limitations & vulnerabilities, but also know how to deal with hurts & protect themselves when appropriate.
They don’t sweat the small stuff, nor nit-pick about imperfections, knowing they themselves are also not perfect.

vs. CLOSED
FPs have defensive walls, manipulating the truth, to never show others their vulnerable side. They don’t want people to know they have weaknesses – not being ‘perfect’, so they put on a great show to make themselves look happy & self-sufficient. They don’t ask for help, then get resentful when others don’t ‘intuit’ what they need.

✦ CURIOUS
GPs are tolerant of new ideas, knowledge & truth. They don’t pretend to know everything, so are attracted to others with expertise to learn from them, & appreciate the time someone takes to give them information.
They don’t have to accept and agree with what someone else thinks – but are willing to pay attention, wanting to  improve themselves.

vs. LIMITED
FPs are set in their ways, not interested in evaluating their point of view about anything, nor broadening their understanding of the world. They need to make themselves look superior & more knowledgable the everyone else. They feel the need to have an answer for everything, even if they don’t know about a subject, or are completely wrong. They’d rather be right than fair. 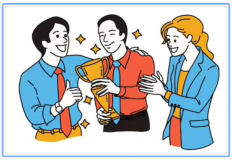 GPs express, encourage & spread compassion & understanding. While they know ‘things’ have some value, they put more emphasis on personal values & forming strong relationships. GPs support others to do their best, & encourage them to ‘keep going. They’re comfortable hearing others talk about their creativity & accomplishments – being gracious, admiring & give praise where it’s due.

vs. CRITICAL
FPs don’t accept responsibility for mistake they make. Instead they try to make others feel like they’ve done something wrong & are to blame.

They expose their insecurity by constantly criticizing, making fun of or putting down people/ place/ things, feeling great (& relieved) when finding mistakes in others’ work or personal weakness, & telling everyone about it.

They can’t be happy for anyone else, belittling & undermine other people’s happiness, because they’re envious & feel diminished. To keep up their self-image FPs can do a lot of harm.