Skip to content
HomeWhat NARCISSISTS need YOU to BE (#2) 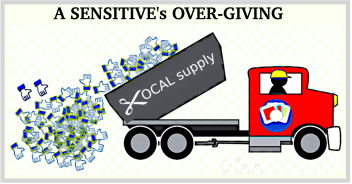 🎯 NOTE:  MOST competent, caring, talented, successful people are not conned by the charm & seduction of narcissists (N), whether Overt or Covert.

💘 Narcissist abuse is intentional. They know full well that what they’re doing is wrong – just don’t feel bad about it. PROOF = THEY :
▪︎ will automatically turn the abuse on or off, depending on who’s around
▪︎ definitely calculate the abuse, being both Victim- & Situation-specific
▪︎ gaslight their victims into believing the abuse never happened
▪︎ can be seen smirking with delight as they inflict harm

Victim WEAKNESSES  – expanded
✥ Compliant
Ns want to have their own way, tending to be rule-oriented & rigid. They’re only interested in partners willing to always ‘go with the flow’ & not make a big deal over anything, no matter how irresponsible, outrageous or dangerous a situation the N puts their victim in.
N. Victims : Need to be overly-flexible, willing to rarely or never get their way, & gradually compromise away desires, dreams, needs, wants, plans, schedules….

an enchanted fantasy that can never be sustained. It’s a complicated ‘dance’, showing what each needs the other for. Since the N hates dependence & the Co-N is terrified of independence, they’re each other’s antidote, forming an unhealthy completeness.

Given time, the co-dep’s soulmate-dream will predictably dissolve, leaving him/her

✥ Depressed & Anxious
Ns need their victim (V.) to be looking for a ‘savior’, which the N is more than willing to apply for – at first, until the victim is hooked. Many externally functional people with a wounded core have ‘walking depression’, well hidden from most others. But Ns have a broken-wing detector, homing in on just the right kind of pidgin.
N. Victims : the most ‘attractive’ are untreated or unhealed walking-wounded, with a great front

✥ From Dysfunction
Ns prefer someone from an unhappy background (like ACoAs), since they’re much more willing to tolerate the N’s abuse. Ns want complete control, gradually isolating the V. from any support, which is easier with someone who may already be estranged from family.

If someone in the V’s family becomes suspicious of the N’s behavior, the abuser can launch an attack on that relative’s credibility & character, making the V 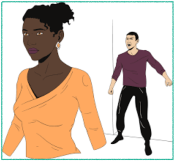 And when the V is upset about anything in the relationship, the N can say “You wouldn’t be feeling this way if you has a more stable background / Your complaint is more about them than me….”

N. Victims : need to see the N as the hero who ‘cares’ for them, unlike their own family, so they’ll do anything to avoid arguments or conflicts

✥ Overly Responsible
Ns are irresponsible emotionally, practically & relationally. So having a partner who will constantly “pick up the pieces” helps keep their game going. After all, someone has to raise the kids & pay the bills…. as long as it’s not them.

N. Victims : beside taking on the responsibilities of others, Sensitives are prone to deep introspection, but to the point of over-analysis, which allows them to rationalize the N’s behavior & pin the blame on themselves

✥ Running on Empty
Overt Ns love to be blatantly in charge, treated as if they know everything – always right & superior to the hoi-poloi. They look for mates, friends or employees who want to be guided, told what to do & even how they should feel – while expected to be highly competent & knowledgable – but only to benefit the N.

N. Victims: adults who had emotionally neglectful parents in the first 6 years or life, especially 1 co-dep & 1 N, are most vulnerable to the superficial glitter of the N’s smoke-&-mirrors initial presentation (BOOK: “Running on Empty” 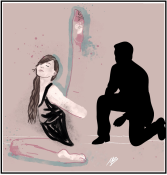 ✥ Self-Sacrificing
Narcissists want partners who ‘practice’ self-deprivation, denying their needs – or at least not asking for any – since Ns aren’t interested in providing them. That way the N is always sure to be the only one getting ‘fed’.

Also, Ns mistake kindness in & caring for others as weakness, which they readily take advantage of.
N. Victims : are compulsively anorexic in many parts of their lives – especially depriving themselves of compassion, safety & respect.