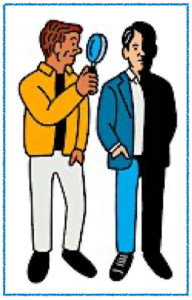 BOOK: “The Narcissist in Your Life: Recognizing the Patterns and Learning to Break Free” ∼  Julie L. Hall (Review)

IMPORTANT : Too many images represent narcissists as “loving themselves”, which is totally inaccurate!
There’s no actual love involved. That would be emotionally mature self-esteem, which they do not have.

INSTEAD – the reality is that their whole focus is on themselves – what they believe, want / need, how they want things done, how things should be (their way – only)….. Other people are supposed to agree & comply with the N, otherwise they’re simply wrong & of no value.

NOTE: Narcissists come in several styles : overtly controlling (aggressive), passive-aggressive, manipulative-victim, co-dependent, charming-arrogant…., all who are truly unavailable & harmful
AND
in varying degrees of self-centered reactions, from classic NPD-ness, which never improves —-> to garden variety (every-day) small-n narcissistic attitudes / comments / reactions, which can be annoying but not as toxic – & with a lot of attention can be diminished.

CLASSIC / OVERT
🔻ARROGANCE = If a N feels low, they may ‘re-inflate’ their sagging ego by degrading & diminishing someone else.
Ns:
– assume only their point of view is legitimate & true
– act superior, controlling & can’t relax
– often act differently in public (good) than in private (bad)
– lie, distort facts & redefine events to suit their own agenda
– are emotionally distant & unavailable, until they want something

rather than extensions of themselves. If someone is a supplier, they’re automatically part of the N’s ‘self’ & are expected to continue being that.
Ns:
– assume others are – or should be – a carbon copy of themselves
– do not treat other people’s homes & things with respect or as private (open mail, closets, read texts, ask nosy Qs….)
– tell others about someone’s private conversation or troubles
– “What’s yours is mine, & what’s mine is nobody’s business” (Mom)

🔻ENTITLEMENT = Ns have an unrealistic expectations of automatic compliance from everyone – because they’re special. They:
– are irresponsible & unreliable, including with money
– always expect preferential treatment
– have trouble admitting being wrong or making mistakes
– believe there’s nothing wrong with them
– use their own ‘superiority’ to judge others negatively

🔻ENVY (between 2 people) / JEALOUSY (among 3 or more) = Many Ns – but not all – secretly or unconsciously feel inferior & powerless to get their needs met honestly & directly. So they belittle & try to undercut someone else’s success or prominence.

Ns:
– react negatively to someone’s blessings or life improvements, barely responding, or ignore them completely
– tend to blame others for their own failures & lack of success
– may copy someone’s whole life (as if it were a compliment), & then make it seem like all their choices were their own idea
– take credit for someone else’s work

🔻EXPLOITATION = Ns use other people to be taken care in some way – so they don’t have to.
Ns :
– lack sympathy & empathy, especially for the underdog they use
– only contact a person when they need them for something
– over-work & underpay employees
– trigger emotions in others which they refuse to feel (anger, fear, hopelessness, helplessness…)
– regularly provoke others & then blame then for the resulting uproar

obnoxious, not hampered by their effect on anyone else. Since they consider themselves perfect, their intensions must always be good, so they’re not concerned with the emotional needs & wishes of others.
Ns :
– are 2-faced, putting family & friends down behind their back
– seduce then abandon a mate
– interfere in other’s lives, as if needed or asked
– insist on “help” that’s totally inappropriate or unsuited to the recipient
– tell on themselves as if a comment or incident were humorous & perfectly normal, although their behavior was foolish, insensitive or cruel (“I’m a taker” / “You’re ugly”…..)