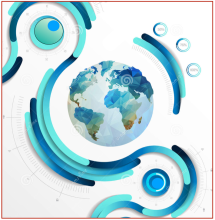 ♦ FOOD
In 2005 the U.S. Department of Agriculture released a new food pyramid, which breaks food categories, into a spectrum to emphasize variety. It’s more flexible and accurate, understanding that one version can’t apply to everyone. What works will depend on a person’s overall lifestyle, how much exercise they get during a week, or if they’re trying to lose or gain weight.  Exercise was introduced as a component of the food pyramid, & 12 individualized intake profiles were added.

10 Most Pervasive Food Pyramid  MYTHS
The new Pyramid clarifies many of the old confusing Qs about nutrition,

expanding health education by debunking some of the most pervasive Food Pyramid myths that still exist. 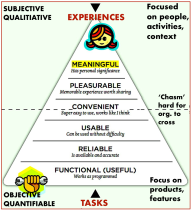 Status: constantly assessing how interactions add to or diminish our standing relative to others & our personal best.
Achievements: we’re more likely to keep going when meaningful achievements are recognized

And, what make us want to continue the process:
Feedback loops: need to see our actions modify subsequent results
Curiosity: given a bit of interesting information, we want to know more
Visual imagery: vision trumps all other senses
Recognition over recall: It’s easier to recognize things we’ve personally experienced, than from just hearing or reading them. (More….) 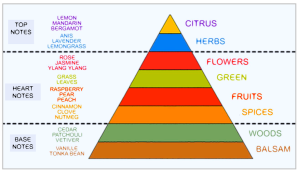 presentation.  The tightest traditional perfume structures, the “chypre” is the harmonious blend, like a musical sonata, with a clear progression of themes, from elegantly sour to resinous/sweet, down to mossy/earthy, becoming more than the sum of their parts. (More….) 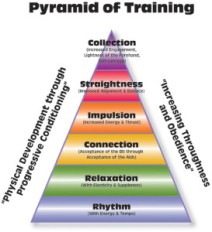 ♦ Training HORSE RIDERS
For beginners START with teaching —
1) the balanced seat on the lunge line, until the rider can separate their limbs, then teach them the aids and set them free.
2) the aids for controlling your horse – with kids it’s usually on a lead line, with adults they usually ride independently – and teach the balanced seat as they go, typically just riding around the arena…
(More….) 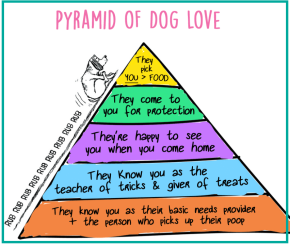 ♦ DOG’s ⬅️ LOVE for their owner

♦ N. American MILLENNIALS
Level 1 Base: “Given the context of the generation’s upbringing  –  the cultures, standards, attitudes & industries with which they’ve 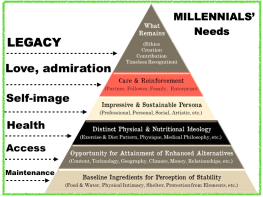 been surrounded  –  there’s usually a layer that represents the largely subconscious question of, “On a daily basis, do I feel like my surroundings, & I are stable enough for me to accomplish something more than ‘barely squeaking by’?” (MORE….) 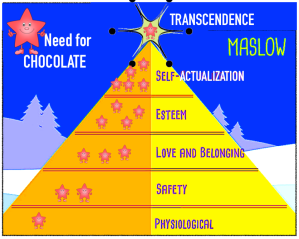 ➡️ Sister Alma Rose: thinks that perhaps the greatest flaw in Maslow’s theory is its failure to account for the importance of chocolate at every level of human experience. She’s taken the liberty of modifying his pyramid to indicate that the more spiritualized one’s existence, the greater one’s need for chocolate!