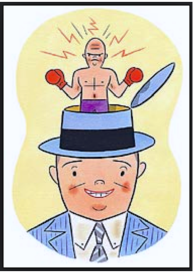 Qs re Silent Treatment – Christian focus
A Master Mind student formulated the following Qs for such a person to ask themselves, but they can also be used in couple’s counseling & in group.

you’re ignoring?
✏️ What is it that makes you so angry?

COMMUNITY
🔎 Are you aware how this tactic affects your family—the infliction of abuse?
🔎 Are there any other people in your life you treat this way?
🔎 How does it make you feel when you are ignored and alienated?
🔎 Do you have anyone holding you accountable for this tactic?
🔎 Will you change now? Will you stop doing this?

QUESTIONNAIRE re. being Passive-Aggressive
Unexpressed anger can build up and take over your life, making you miserable in many different ways. You may have deep unresolved anger if you:

_____ Deny your feelings of frustration, irritation and impatience

_____ Are afraid to express strong emotion, believing it’s wrong to be angry

_____You appear sweet, compliant and agreeable, but are really resentful, angry, petty and envious underneath

_____You cover up feeling inadequate with superiority, disdain, hostile passivity

_____ Frequently vent injustice about your job or home situation

_____Smile but are bitter and cynical, while you are hurting inside

_____ Are excessively impatient and irritable

_____ Are bored, apathetic, have lost interest in things you used to enjoy

_____You constantly protect yourself so no one will know how afraid you are of being inadequate, imperfect, left, dependent or simply human

_____ Are unnecessarily critical of yourself

_____ Turn your anger on yourself and beat yourself up

_____ You procrastinate frequently, especially on things you do for others

_____You are often late and/or forgetful

_____Express disbelief at others’ driving, resulting in road rage

_____ Have continual thoughts of revenge

_____ Grind teeth or clench your jaws; chronic muscle tension in your face

_____ Chronic muscle tension in neck & shoulders, that worsens when upset

_____ Agree to do something, then don’t follow through. “Forget” your promises

_____ Are sarcastic and use humor destructively

_____ Must have the last work in a disagreement, keeping a fight going

_____ Are secretly or outwardly judgmental about the actions of others

_____ Displace anger on safer people (less threatening) or on objects

_____You’re unwilling to give a straight answer

_____You drag your feet to frustrate others

____ You don’t speak your truth openly, kindly and honestly when asked for your opinion or when asked to do something for someone

4 thoughts on “Qs: Are You Passive-Aggressive?”