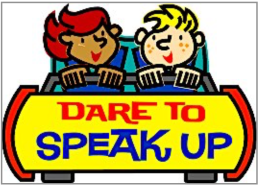 1. SAY WHAT YOU HEAR and OBSERVE
DB-ed by OTHERS : When we speak up some things can shift, if not in the relationship with the S, than for ourselves – which is empowering. We can stand up for our rights, & say what we see & hear:

EXP a : “I’m confused! Can we slow down & figure out what we’re really talking about? You’re sending me 2 messages where one cancels out the other.
SO:
a. You say you love me, but in the same sentence tell me you can’t see me / can’t help me out / can’t go with me…. because you’re sooo

EXP b: “Please say something that will agree with your body language and facial expression”
• Right now you’re tense & frowning, but say you’re happy to see me. Which is it? Pleased or anxious? — OR
• Right now you’re insulting me but you’re smiling. Those 2 things don’t go together. What are you angry about? Be honest or don’t say anything!

TALKING to the Sender:
• If the S can’t or won’t talk the problem through with you – at all – work it out with someone else
• If they blatantly deny your observations & feelings, don’t second-guess yourself. Stick to what you know – then you’re free &  clear

• In some cases they may be willing to admit they’re being confusing / controlling, genuinely not realizing what they were doing. That’s good, but they may still not be able or willing to change
• If they are willing to listen, you can state your need for clarity & re-wording – as a wish, & as a desire to eliminate obstacles in your relationship

USE Re-Framing on Senders  (See Part 8a)

As we make the effort to avoid playing the DB game (DMs, Part 3), it’s important to recognize the S’s reactions when we oppose or ignore them:

• Re. themselves: ”See how good I am”.
They’ll strongly protest that they’re not appreciated for the benefits they provide you / society. They may tearfully wonder why their benevolence goes unnoticed or undervalued, & ask to be understood as an active agent of ‘good’.
DO NOT fall for it!

• Re. others: “See how bad you are”. The S will try to strike fear into the ‘closed heart’ of an R who mentally or physically wants to get out of their clutches, accusing the R of being out-of-control. And with fake alarm, pointing out the one who opposes them (R) to anyone who will listen, trying to enlist others in turning the resisting person around! (Other family members, co-workers, neighbors….)

• Re-framing lets us think of Senders as performing a ser

vice – as gifts to help us grow. Their destructive talent is the ‘art of camouflage’, but a knowledgeable person is not fooled by this evil which masquerades as goodness. Stick with the winners & trust your gut instincts.

Since you can’t win with them anyway, don’t try to placate them or explain yourself!, nor be forced out of Abiding, even though the extremes of Fight or Yield are always available. (Changing DBs, Part 12)
“Being happy is the best revenge”