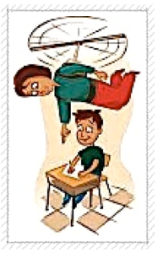 I CAN FILL THE HOLE IN MY HEART
by developing a Loving, Healthy Parent

EMOTIONS: Most of our emotions are housed in the Inner Child E. S. since we start out as children, & the first way we communicate, before we can talk, and The Adult E.S. is non-emotional
🔸But the Parent E.S. definitely has feelings – anger, compassion, concern, enjoyment, frustration, healthy pride, humor, joy, love, patience, pleasure…..

PARENT E.S.: Someone with a strong (P) persona tends to focus on:

• the ‘right way’ of doing things based on the rules they believe in
• how they can have an effect on others (controlling or helpful…)
• not showing too much emotion, more self-contained
• strong importance on how things are done (specific steps)

➼ When ACoAs function too much out of our PES, we will either be judgmental & finger-pointing, OR patronizing & overly solicitous

HOW the Parent ego state (PES) is USED
a. INFLUENCING
This ego state (ES) operates internally.
IF our early caretakers were loving & reasonably healthy then our Inner Parent is a good one, & we will treat ourselves well with self-care & self-soothing (Part 6)

IF they were wounded &/or toxic, the Introject (PES) will be experienced as a weak- scared or mean-angry voice,
EITHER
👮🏽 in the form of self-criticism, causing feelings of SHAME, self-hate, self-doubt, a constant sense of being watched & controlled, not knowing what we want think or feel, generating chronic anxiety and depression….

OR
👨🏽‍🏭 as outside criticism, by hearing warnings, judgements, demands, needs, rules…. from others, which creates fear & a degree of paranoia in us.
Whether these come from real people or from ‘mis-hearing’ what’s said to us, we usually don’t realize we’re projecting our own PP outward.
They mens that:
— staying with people who are actually unavailable, selfish, mean, crazy… we’re participating in a relationship that’s an external version of our PP, a copy of our original abandoners / abusers
— OR when have strong painful / angry feelings toward people who are just being ‘normal’ humans but happen to push our unhealed buttons – we’re making them into the PP we carry in our head

b. ACTIVE
This operates externally – being the Bad Parent toward others, hiding the WIC behind a defensive wal.In this mode we function in the outside world exactly the way our family treated us, reproducing the emotions, attitudes & behavior of our original significant-others.

As above, this will depend on how we were treated as kids. Since most people are wounded, the ‘acted out’ (projected) bad voice will be coming from the Negative PES. The psychological function of treating others badly is to diminish the pressure & anxiety created by our Toxic Introject & the WIC. Letting it out on others is a relief from the ‘influencing’ voice that is badgering us all the time.

EXP: When a mother screams at & criticizes her children (as the Negative Parent) the same way her father screamed at and criticized her when she was young (her PP) – she gets momentary relief of that pain by externalizing the abuse she received from him & still holds in her being, but is probably not aware she’s reacting from her Bad Parent ego state.

REViEW  : Distorted or Missing Parent states (‘Contamination’)
⬅️ Type 1 – damaged Parent – we treat others the way we were treated as kids, & the Healthy Child ES is suppressed

CUT OFF Aspects ➡️
🗯 When Parent contaminates Adult & C. is unavailable, the person is stiff, humorless, always ‘correct’
🗯 When Parent is unavailable & C bleeds into A, the person has no regard for others, & is only interested in self-gratification
🗯 When Adult is missing, the Pig Parent & WIC are in constant conflict, potentially leading to mental illness

2. NEW Parent** voice – For ACoAs, the Loving Parent (LP) is developed in Recovery as part of the “UNIT”.  It requires a measure of Separation & Individuation  in order to form a self-caring, nurturing component in us, capable of empathy for self & others, & can therefore help others without being co-dependent.
Whenever we notice the OLD voice getting loud or taking over we can ‘de-contaminate the Parent’ by calling on the Good P. to help getting the Adult back in charge.

The experiences, emotions & instruction we got from family were taken in wholesale, without consciously considering whether we really agree with any of it or if it suited us. The PES is now our ingrained voice of authority, combining our native personality with our conditioning. It’s made up of a huge number of hidden and obvious mental recordings.

People from a reasonably safe family automatically have a positive Inner Parent, with useful & accurate rules & regulations, realistic knowledge about the world, knowing how to be appropriately kind, useful….

But even for such people, as adults some of their parental messages will be out of date & need to changed or modified because:
• they’re no longer children, so some of those rules no longer apply
• in many cases society is different (role of women, technology, working styles…), making some of the early info limiting or useless

PURPOSE of PES – Overview
1. To have a strong, safe, loving way to nurture oneself & provide a clear sense of direction in life, based on positive experiences in childhood
2. To take care of & nurture the next generation, passing on knowledge & skill to help children develop a positive sense of self so they can contribute to society
3. To express caring behavior toward one’s immediate society & also the world, wherever help is needed – teach, guide, support – to the degree that the person is realistically capable of

arenting. It is a biological imperative that children require mental, emotional & physical attachment to maintain psychological health.
Some of the things we would have gotten in a functional family (there are no perfect ones) include providing the need-to-connect common to all children BY:
• having the child’s thoughts, emotions, fantasies & other needs validated, so they can do that for themselves later
• providing realistic mirroring, which allows the child to know who they are
BY:
• giving child opportunities to have an effect/ make an impact/ influence the others around them
• being listened to, their needs understood & at least some of the time wishes / desires provided
• feeling secure with a safe adult who can be relied on to provide protection, like freedom from humiliation & physical violence

BY:
• receive support & guidance, including physical closeness & positive shared experiences, such as learning & playing together
• opportunities to express gratitude to & love for good parents & caretakers, received well as a sign of bonding & loyalty

🏡We’re in Parent mode when we evaluate things, make generalized statements about the world, look after ourselves or others. This is OK as long as we have a Good Parent voice, & the Adult stays in charge

Interestingly, many ACoAs do have a version of a Loving Parent, BUT only used for others, It’s in in the form of care-taking, rescuing, people-pleasing, AND sometimes being of genuine help (teacher, nurse, leader, parent….) – BUT don’t apply that benevolence to our own needs

In RECOVERY the goal is to learn how to talk to ourselves in the best way possible. Harmful internalized messages have to be identified & replaced, but most ACoAs need help hearing what that sounds like.
EXP: Sarah was telling a friendly neighbor some frustrations she was going through lately. The older woman was sympathetic, & thought she was helping when she said “You shouldn’t feel that way”. Sarah smiled & replied “I don’t should on myself.”

The CRITICAL INNER PARENT
can take up a lot of space!

Reminder: Ego states are normal internal parts of ourselves, aspects of our True Self that are supposed to work together for our benefit.

Main PURPOSE: The survival of the Species
For US: In general, the PES allows us to function AUTOMATICALLY, so we can respond to many aspects of our life without having to think about ‘How or What’ (how to behave in different situation, how to ride a bike or dress ourselves, what we believe, what comes next, what’s right.

…). This saves time & effort, freeing up the Adult part to make decisions ‘in the now’.

ALSO – it’s the way we treat ourselves, both in inner dialogue & actions. The Inner Parent is either loving or abusive. Because it’s how we are supposed to ‘nurture’ ourselves, we need to identify if it has toxic content, & then work to correct it.
⬇️ P2 in this chart indicates the stage when the ‘early parent’ (C’s P) is formed – from birth to about age five

For OTHERS: Functions as PARENT to the next generation (our own children, & anyone else in genuine need), by combining family experience with our native personality & what we’ve taught ourselves.
The ideal parent is “all-about-the-child”, nurturing & protective

• P1: The grown-up Parent ego state is formed between ages 5 to around 20, with continued input from authority of caretaker figures. After that, any time P2 gets triggered, people tend to reacts just like their original role m

But since each of us also brings our own personality to how we express P2, plus Recovery, it’s possible to behave much better than our dysfunctional training!
👨‍👦👩‍👦

Inner PARENT Ego State (PES) ‘Extero-psyche’
1. HISTORIC (rooted in the past)
This E.S. is our Introject  – positive or toxic, an internal picture of how we saw

& experiences our real parents & other important care-givers when we were growing up. Children are highly intuitive, with little antenna up all the time to learn about themselves & how they’re expected to behave.

SO – kids pick up just as much subliminal info about the people around us as what’s visible, AND what we absorbed was not only OUR immature thinking BUT also their WIC & PP!
Since all children think they’re the center of the universe, they assume everything the adults do & say is about themselves, which leads to a limited understanding & sometimes distorted perspective of grow-ups

• In healthy families this template will have less discrepancy with reality, but
• for ACoAs, this part of us is the Negative Introject, also called Pig Parent,  gathered from a collection of people who influenced us as kids, & who we now carry around in our head. It’s the one the WIC is always listening to, is terrified of displeasing, is trying to obey -perfectly- & constantly failing!

🔻Along with our inborn personality this combination becomes the blueprint for the way to think of ourselves & how to function in the world. 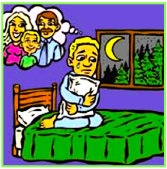 *WHEN family members who are long-term caretakers  are mis-attuned, invalidating, emotionally neglectful &/ or physically abusive – they create great anxiety in the child.
The resulting desperation triggers an unconscious defense:
❥ the child identifies with ‘the other’,  taking on the character of the abuser & canceling out its own needs, in an attempt to stay attached, bonded and loyal. This becomes the PP.
So now PP messages can be very hard to get rid of, since they’re linked to a great deal of original psychological & emotional trauma still being held in the WIC ego state.