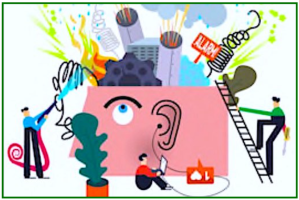 ❧ Caught at being a fraud or liar
Ns are famous for lying or exaggerating to make themselves seem important or impressive to others, as well as to make themselves feel better about their status. Since they know they’re stretching the truth they’re secretly worried about being caught. So calling them on their B.S. can set off a rage, a distraction, justifications, or more lies

❧ Commitment
Being in a relationship means a partner will get to know the N, including faults & embarrassments. Letting people see imperfections in their character is unbearable. Also, “sexual narcissism” (usually in men) is about creating a fake idea that they’re much better in bed than they actually are. Long-term relationship will expose any inadequacies in this area too.

❧ Consequences
This is about setting boundaries with a N, stating what will happen if they overstep, & implementing the results you identified ahead of time.
They can’t see when they’re wrong, & can’t understand how anyone

would ever think they were.
And even if the N ‘admitted’ a mistake, they simply wouldn’t care. So they over- or under-react to boundaries being set for them, using anger or ‘serious talks’ as a way to intimidate you into backing off

❧ Factual Talk
May Ns use excessive, long-winded language charged with grandiose emotion, spending their whole lives observing the emotional language of other people to their advantage.  They skew reality to meet their worldview, & believe their truth is always the truth.

Therefore, they hate when anyone challenges them with realistic facts, instead of your emotions. Ironically, They can retaliate with more arguing (cognitive) & hysteria (their emotions) trying to elevate the conversation’s intensity by throwing an emotional temper tantrum. This childish response simply shows they feel out-of-control

❧ Gratitude
Like remorse, gratitude is another emotion seen as a sign of weakness by Ns – as if it gives other people power over them. Since Ns never do anything for ‘free’, they can’t imagine someone showing them a kindness without payment expected.  Or, Ns can’t admit they may have needed help. Either way, it means they owe someone, which would make them an equal, or worse yet: one-down.

❧ Insults
Insults are about the person – their identity – & Ns are hypersensitive to being verbally abused. They feel the sting of it more than non-Ns, a crushing blow to their

already fragile ego.
They’ll brood & sulk about it for weeks, or never get over it – depending on the words & who said them – even plotting revenge toward the person who caused the injury.

❧ Jealousy
Ns are extremely possessive of their human supplier – even when devaluing & discarding someone. Their jealousy can be a constant accusation, or show up intensely if their victim actually cheats, leaves – or just pays more attention to someone else. They don’t want to lose even a smidgin of attention.

❧ Lack of admiration
In the N’s mind, admiration from others is the source of their power, so without it they’re nothing. When marginalized or ignored – for whatever reason – they experience it as being invisible, feeling totally irrelevance & unimportance – which they can’t bear.

❧ Lack of resources
This is mainly about physical needs.Yes, many Ns work long hours, to buy the best & the biggest,  away to fill the inner emptiness. Since Ns believe they’re entitled to everything, doing without – or having it taken away – can cause panic. 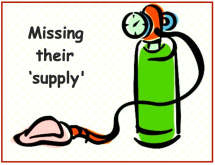 Also, losing practical resources, such as a car & house, will limit their ability to find & seduce someone new to take care of

❧ Losing at anything
Ns can be extremely sore losers, acting just like toddlers in a tantrum. They may seem to be struggling to accept losing, but then lash out when they do, which can lead to plenty of cheating & dramatic reactions for not being “on top”.

EXP: They can pretend they don’t care about winning, insist they “let the other person” take the spotlight, OR refuse to accept they lost & awkwardly act as if they are the actual winner, OR may attack or humiliate the winner, repeatedly stating the person in charge (boss / referee) was incompetent, stupid, blind….