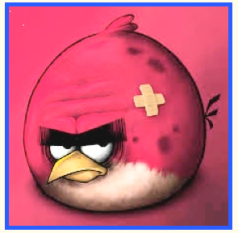 IT’S JUST NOT FAIR!
that I can’t do whatever I want!

▪️DISAPPOINTMENT anger
REALISTIC: This comes up when things are out of our control, such as when:

• a promise made to us is broken (we don’t get the raise)
• a hope is dashed (rain on the day we plan a picnic)
• there’s endless delay in reaching an important goal or need
• when something we looked forward to turns out not to be as good, attractive or satisfactory as expected…..

If things like these happen too often, from people or situations we depend on, we can become very depressed &/or angry. As children – many of us were stuck with continually disappointing parents, so we’re more sensitive to even slight losses now. Unfortunately, ACoAs with this background tend to find & stay with PPT which repeat this patterns, instead of walking away & looking for more reliable options

UNREALISTIC: This anger comes from an unmet expectation or wish:
√ which was verbalized but not agreed to (person A says WE are going to DO or not do something, but person/group B is silent, which leads A to assume they agree, when B actually doesn’t. So they don’t do what A expected or it’s sabotaged in some way

√ which was never verbalized & therefore not agreed to (Maria pictures & plans for a romantic event, assuming that Juan will fulfill the fantasy – without having any idea what she’s hoping for! So he doesn’t do anything, because he’s not normally romantic, & legitimately not a mind-reader. That makes her very angry – at him – instead of taking responsibility for not asking

PRESUMING : Unrealistic disappointment-anger can come from making judgments or assuming rules about how things should be done or not done, that are not met by a specific person or group we’re involved in. Judgments come —

√ from a sense of moral superiority, as if we know what’s best for someone else (“No daughter of mine will even marry a ___ / Of course you’ll be better off going to that ___ / Our family only votes ____”)

√ from a need follow “the Rules”, by controlling our environment to feel safer (“Al-Anon meetings should always be helpful / the speaker should stick to the topic / the chairs should be in a circle ….”).
Either way, it causes trouble for everyone.

▪️DISPLACED anger
UNHEALTHY: In the classic victimizer-victim “kick-the-dog” cycle, we take out anger we have toward one person/situation ON TO a weaker or easier target that happens to be available, so that an innocent person or animal gets hurt.
The substitute-target will have no idea why they’re being picked on / yelled at / punished….. just left dazed, confused & hurt. They bear the brunt of displaced anger, as a scapegoat, & their relationship with the perpetrator will be damaged, specially if it’s often repeated

This type of anger may not always be overtly aimed at a specific PPT, but can show up as anxiety, being uncooperative, crankiness, depression, isolation, prejudice…… We react this way when we don’t admit we’re actually angry, since :
√ we’re not internally allowed to recognize what hurts us (whatever made us angry)
√ we feel powerless to change a bad situation
√ we’re too afraid to assert ourselves to the person we’re angry at
√ the object of our anger is realistically too dangerous to confront

HEALTHIER: When we genuinely can not change a situation we’re involved in which leaves us frustrated, drained & angry – but we choose to stay in it or can not change (caring for a sick & dying parent, needing the survival job, a chronic injury or illness…..). ‘Blocked” anger-energy can be redirected.