PREVIOUS: ACoAs – What about anger? #2

QUOTE: “Anger is a GIFT! Anyone can become angry – that’s easy. But to be angry with the right person at the right time, for the right purpose & in the right way – that is not easy, & not within everyone’s power.” ~ Aristotle (More… scroll to 2/9/12)

“Generally speaking – if a human being never shows anger, then I think something’s wrong. He’s not right in the brain”. ~ Dalai Lama

WHAT WE DIDN’T GET as kids
No matter what our family looked like on the outside – what most of us ACoAs didn’t get is a sense of safety & security.
❖ Kids who DO have that, do not grow up always angry & self-hating!

This chart shows some of the requirements of youngsters as they start exploring the world around them, while needing to know they can return to the safety of loving, responsible parents.  The ‘Circle of Security‘ forms the foundation of :
• self-esteem (from unconditional love),
• the ability to take healthy risks &
• the freedom to find out who they are –
which will help the child eventually decide what to do with their life 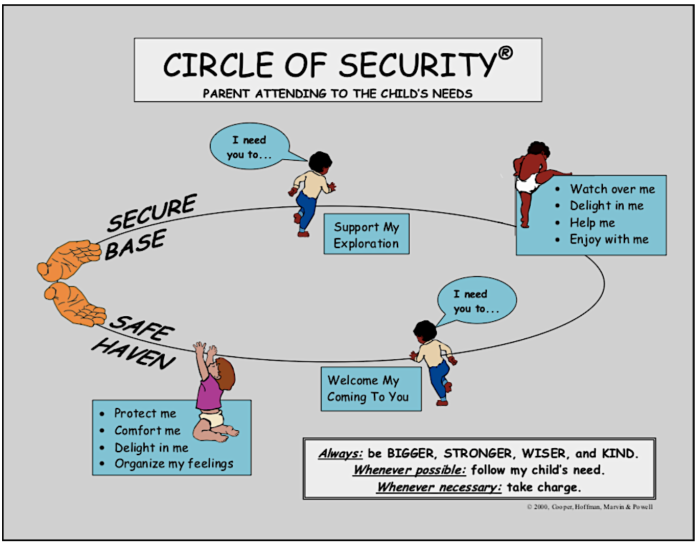 How many things on this chart were a daily part of your earliest experience?

The lack of such nurturing created a deep sense of fear in us, & over time that fear turned into anger & then rage. No matter how much we’ve suppressed our emotions & memories – the losses, disappointments & hurt are still there, until brought to the surface to be validated, honored & processed.

COMPONENTS of anger
a. Physical reactions = usually starting with an adrenaline rush, increased heart rate, raised blood pressure & tightened muscles, ready to fight or flee
b. Cognitive = the way we evaluate & ‘understand’ (think about) what’s making us angry, based on family, religious & societal rules, AND all our own past / present experiences
c. Behavioral = made up of a wide range of possible actions / reactions expressed outwardly

HOWEVER – it’s important to remember that: Anger itself is NOT an action!
So many people write & speak if it that way – which leads to the inevitable assumption that since ‘angry actions’ are bad, one should not be angry. NOT so.

◆ There are positive expressions of anger, such as setting healthy boundaries:
🔅 Verbally : “Don’t talk to me that way, That’s not helpful, Please move over”….
🔅 Physically : putting a hand gently on someone’s arm, moving or walking away…..

SO – it is the action we choose which is either helpful or harmful, to us & others.
Anger-related actions can be measured on a continuum of extremes, <—-OK—->, from too little to too much. Ideally, we want to stay in the mid-range, only going very HI when appropriate, or very LO when suited to a situation.

◆ St. Augustine said:
“Resentment is like taking poison & hoping the other person dies.”
We’ve all heard over & over that growth & healing cannot occur as long as we hang on to anger & bitterness. In the long-run this is true.

In the short-term what many teachers neglect to tell us is that the process of ‘letting go’ is a path of mourning (ala Kubler-Ross), & that the stages of mourning the lack of a healthy childhood include ANGER. (MORE….)

Classifying anger REACTIONS can be looked at in bi-valance <–> form (opposite extremes), ranging FROM:
• Behavior: withdrawal TO antagonism 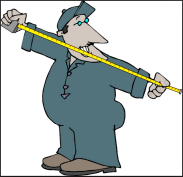 • Duration: brief TO decades long
• Frequency: rarely TO very often
• Impulsivity: out of control TO in control of it

• Intensity: from weakest TO strongest
• Locus: from inside oneself TO always affected by outside events
• Modality: verbal TO actions

• Objective: doing most harm TO the most beneficial
• Reaction: appropriate TO outrageously inappropriate
(based on work by Ephrem Fernandez )

EXP: In a work setting, the bi-valence (+ TO -) of how anger is ‘allowed’ to be expressed is usually determined by a company’s directives.  These rules will identify & measure degrees of what can be expressed in the work setting (what & how much to say) & what is not (physical actions).
FROM:Geddes and Callister (PDF w/ chart)

NEXT: What about Anger #4